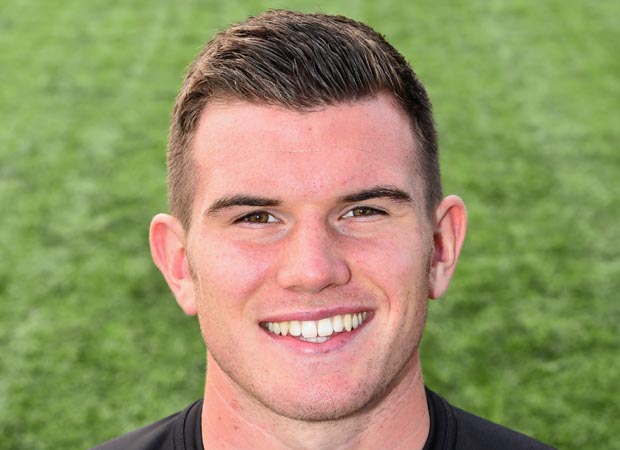 How’s your season been?
It’s gone well. Playing in the Double Header and our first couple of games was great and we’ve had a good start in the A-League. I’m pleased so far.
Describe your three years at Sarries?
Brilliant! I’ve played quite a few games and although having Neil De Kock and Richard Wigglesworth ahead makes things difficult, to learn off them is fantastic.
Are you the patient type?
I probably am. I’ve worked this hard for three years now so I don’t see why I can’t do it for another year or so. I’m gaining so much knowledge and experience off Neil.
Where did you start in rugby?
At Manchester RFC when I was five. My uncle, Steve Swindells, played most of his rugby there and I stayed until I was 16. It was a great club for me.
And after that?
My parents moved to the south-west so I went to Ivybridge College. Their rugby side was pretty strong and I stayed there until I joined Cambridge RFC in 2010.
Exeter Chiefs not interested?
They were and it was one of my options. But they weren’t in the Premiership at the time and I wanted to go to university, which is why I chose Cambridge.
Good 2010-11 season there?
A great year. It was my first season in men’s rugby and it really helped my development. I played 29 games that year before joining Saracens.
Is Sarries as ‘special’ as they say?
Yes. We’re treated very well. We work hard when we’re training and playing but it’s a real family club and somewhere I want to stay for as long as possible.
Played any other sports?
Growing up I played football, cricket, table-tennis and lots of golf. I could have given football a go but had to make a decision at 13 or 14 and chose rugby.
Being from Manchester – Red or Blue?
I’m a Red and proud of it. There’s a few Man Utd fans at Sarries – Wiggy, Owen Farrell and Dave Strettle – so we manage to hold our own.
How do you chill-out?
On the golf course. I’m off a 5 or 6 handicap and there’s a few guys at Sarries who play, like Jamie George, Jackson Wray and some of the backroom staff.
Pastimes or hobbies?
I’m not into books or anything but I’m very sports-orientated and watch a lot of it on TV. I enjoy NFL and try to get to get to Wembley matches when I can.
Fancy an NFL franchise at Wembley?
That would be interesting. It would be great for American Football and London and would be something the NFL could be proud of.
Graced Wembley yourself?
Yes, when we played the Ospreys in the Heineken Cup there a few seasons ago. I started that game and it was a special place to play.
Best other rugby memories?
Beating Harlequins in front of 82,000 in their Big Game at Twickenham in 2011 and then getting called up for the Saxons. I scored on debut against Ireland.
Any pre-match rituals?
I always have pancakes with bananas and maple syrup about three hours before kick-off. Can’t say it’s my favourite meal but it works for me.
Best and worst banter at Sarries?
Chris Ashton and Mo Botha are worst. Mo’s terrible, really poor chat. Best is Billy Vunipola, who’s always a good crack and generally makes people laugh. Hates losing, mind!
Best and worst dressed?
Scott Spurling is worst by an absolute mile. Shocking. Ben Ransom likes to think he’s stylish but he’s on his own wavelength really, so I’ll say Owen Farrell and Nils Mordt are best. Fly-halves are always smart, aren’t they?
If you could be another sportsman?
Rory McIlroy. You travel the world and although it’s hard and you spend a lot of time away from home, most people would want to be a top golfer.
Season’s ambitions?
To keep playing well. The LV= Cup is an opportunity to show good form and push for Premiership starts. With a bit of luck Wiggy will get called up by England and I’ll get my chances.