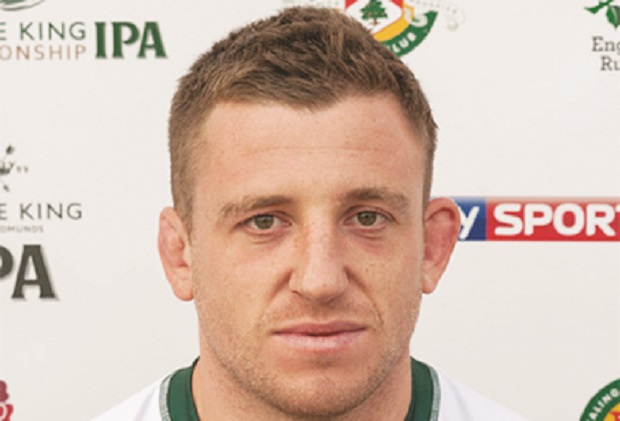 How has pre-season been going?
Everyone is pretty excited to get started and play some games now after a lot of hard work in training with everyone looking to put their hand up for selection before the season begins.
Has the physicality ramped up in training?
Definitely with a lot of the boys wanting to prove a point, but the coaches have been really good at managing us and we didn’t do too many full contact sessions.
Trying to limit the risk of injuries then?
Yes. As much as we all want that starting jersey there’s no point injuring each other. We’ll keep that endeavour for the games but we’ll have to make sure we control that eagerness and not give away silly penalties.
How’s the squad looking three weeks before the start of the season?
There’s a great atmosphere. The numbers have gone down a bit from last year in player terms but the coaches are always looking to sign a few so I’m sure it’ll go up.
How are the new recruits settling in?
Very well. There weren’t so many this year with the coaches only fine-tuning the roster in some positions so it’s been pretty smooth.
Any new rivals for you at openside?
Dan Temm from Newcastle and Andre Durulato from the USA Sevens squad. The competition for the No.7 jersey will be tough but I just have to get on with it and impress when I get the chance to play.
Can you pick up anything from them?
Of course. Andrew has a lot of experience from playing on the World Series and he’s also a beast physically. Everyone shares their tricks in training to make sure we all improve. It’s a very good environment to develop.
Personal goals?
There’s always going to be competition for the jersey but I see it as a good thing. I’ll just go out and try to do the best I can hoping to play as many games as I can.
Can you play across the back row?
Unfortunately not. I’m 5ft 8in, maybe 5ft 9in on a good day, so openside is where I have to play. I used to be a hooker in the Wasps academy but Ospreys switched me to openside.
What about team goals?
There’s no play-offs anymore but we definitely want to be in the top four again. I don’t want to sound too ambitious but we’ve got a lot of talent in the squad so we’re hoping for another good year.
How important is belief for now Ealing Trailfinders?
We went from 11th to 4th in one season which was great, but we’ve got to believe we belong on top of the table and strive to improve year on year. Our owner Mike Gooley and DoR Ben Ward have been investing massively off the field to make the club as professional as they can.
Areas to improve this season?
Ben is also the attack coach and he’d like us to be more clinical in the opposition half. Being more aggressive off the line and putting some big hits in defence is another one we’re hoping to get even better at.
How pleased were you with the set piece last season?
To do well in the Championship you can’t rely only on scoring tries, you need a good pack to provide the platform and the set piece has been really good.
What role did Alex Codling play in that?
He’s the one behind it all pretty much. He knows exactly what he wants from his pack at the set piece as well as in defence.
A slight change from the free-scoring Ealing in the National Leagues… how did everyone react?
As much as we like throwing the ball around you don’t want to go into game knowing you have to score at least 30 points to win because your defence is not up to scratch. It makes us more dangerous.
If not rugby, what would you be doing?
I got a Business and Management degree from Cardiff University so I’d probably be working in the City.
Favourite cheat meal?
There’s a sushi restaurant in Ealing called Hare and Tortoise and I love to go there.
Three dinner guests?
Robin Williams, Joe Rogan and Thierry Henry.
Best and worst banter at Ealing?
Kieran Murphy is pretty good unlike Lewis Thiede.
Best and worst dressed?
Lewis picks up worst again but Seb Stegemann is the best dressed.