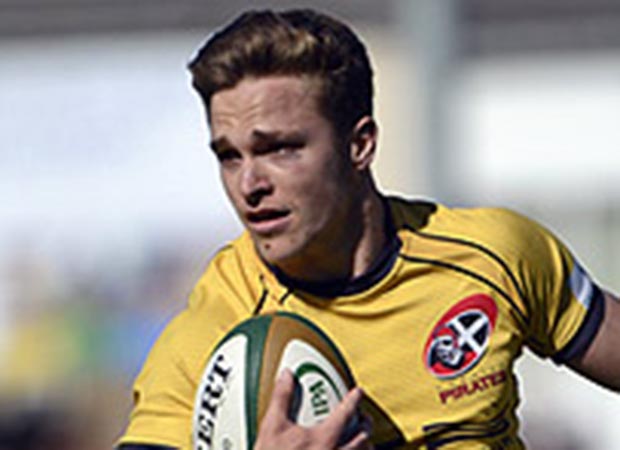 How was your opening game at Ealing Trailfinders?
We played pretty well and we thought we did enough to win but we ended up losing by a point 29-28 which was disappointing. But it’s behind us now and we’re looking forward to this week.
What did the game come down to?
We lacked a bit of composure in the 22. We just couldn’t get over the whitewash enough times in the second half.
A bit of rustiness maybe?
I don’t think so. We had three good pre-season games but we just lacked that two or three percent in terms of composure when it mattered. Maybe in three weeks’ time we’ll click better and we’ll score from these position. We’ll see.
On to Bristol now?
It’s a great opportunity for us to play a team like Bristol. After our first performance against a semi-finalist from last year we feel like we can achieve quite a lot this season. We’re not going to fear anyone and taking on Bristol will be a great opportunity for us.
Excited for the first home game at the Mennaye?
Very much so! Everyone is very close down here from the players to the supporters so it’s always a great place for us to play.
How do you approach taking on a team like Bristol?
All the pressure is on them really. They get all the attention and are favourites to go up. So we’ll just focus on our game and hopefully we can challenge them like Hartpury College did in the first round.
Happy to see your old mates from Hartpury in the Championship?
It is great to see them in this league. They’ve achieved so many great things over the years and it was brilliant to see them perform against Bristol. No one gave them a chance but they did themselves proud.
What do you take from your time in Hartpury?
They’re a great club and so many players at the top level have played for them. From my team alone, Ross Moriarty is now a Lion and Billy Burns is Gloucester’s starting fly-half. I wouldn’t be here now if it wasn’t for them.
Looking forward to face them?
It’s probably the games I’m looking forward the most this season. That’s where it all started for me. The club will always be close to my heart and I was delighted to see them win promotion.
How long did you spend there?
I went there for my degree so I spent three seasons at the club. It’s because of them that I ended up playing for Ireland U20s and then England Students.
Any professional links before then?
I did a pre-season with Connacht Eagles which gave me the Irish links but that was that. I only started playing rugby properly when I was 16.
Third season at the Pirates?
Yes I joined at the start of the 2015-16 season when Ian Davies was the coach. He was my coach with England Students so that’s how the move happened.
Targets for the season?
I just want to do as well as I can for the team. I know there’s no top four anymore as such with the play-offs being scratched but that’s where we’d like to be at the end of the season.
Thinking about Premiership?
Of course but it’ll come on the back of a good season here at the Pirates so I’m very much focused on playing well for them and see where it takes me.
What was the focus for the team over the summer?
We retained a lot of our squad so it was very much about doing the same as last season but stepping things up. We didn’t have to spend a couple of weeks learning each other’s names. We just picked up where we left off and we’re also a lot fitter.
If not rugby, what would you be doing?
I always loved sport and I study Sport science and coaching at Hartpury but maybe I’d have followed in my father and brother’s footsteps and work in sales and business.
Favourite meal?
I live with four other Pirates and they give me a lot of stick because I always cook chili con carne.
Three dinner guests?
Conor McGregor, Barrack Obama and Donald Trump.
Best and worst banter at the Pirates?
Alex Day is our social secretary so I’ll give best to him but Matt Bolwell is the worst.
Best and worst dressed?
I can’t give myself best dressed so I’ll give it to Will Cargill but Laurence May is definitely the worst dressed.