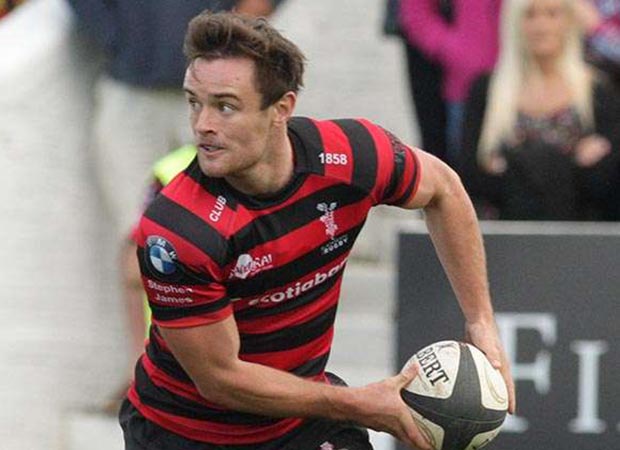 What do you make of you first two games?
For whatever reason we didn’t turn up against Bedford in the first game but we were much better last week against Ealing.
What went well last week?
We weren’t as predictable in attack compare to the Blues game but we also had a lot more go forward in attack. That allowed us to play in the right areas of the field.
What about Bristol today?
It doesn’t get any easier, does it? We all know the challenge Bristol will pose to any team in the league but we saw how Hartpury performed against them. You can’t treat them with too much respect. We’ll try to put them under pressure.
Does it make easier to have all the pressure on Bristol?
Maybe. No one expects us to get anything out of the game but that’s the same most week as we always seem to be the underdogs. We believe we deserve to be in this league so we’ll see.
What do you know about Bristol?
They have some big threats both up front and in their back line given the big signings they made. We’re going to have to defend really well and hope we can trouble them at the set piece to stop their momentum.
Worried about the second season syndrome for Richmond?
Last season was a bit weird with London Welsh being relegated early but we proved we deserved to be in this league by not finishing bottom. We cause last year’s finalists problems last week so we have to build from that.
Do you need a win sooner rather than later?
I guess so. We didn’t get one until mid-November when we beat London Scottish. We’re definitely better off this season but it’d be good to get things going with a win and ease a few nerves.
Happy with your start to the season personally?
It’s nice to get a nice run of games. Hopefully it’ll continue and I’ll be able to keep building momentum from there.
Why do Richmond suit you?
It’s a team that likes to control filed position and that’s something I enjoy too. That’s something we have to do well if we are to survive in the Championship and that’s something I like to think I’m good at.
Second season at the club?
Indeed. I joined at the start of last season after one year with Blackheath in National One. I had a trouble with a few injuries but last season was ok on that front and I managed to string a few games together ahead this campaign.
Personal goals?
I just want to secure the starting jersey at fly-half and have as big an impact as I can to influence the team and lead them to many wins. We’re zero from two so far so hopefully it’ll change soon enough.
Difference between National One and the Championship?
It has to be the physicality as a fly-half with much bigger boys running down my channel. You have to play the territorial game better in the Championship too. The time you get on the ball is a lot shorter.
A former Millfield school pupil?
I had a massive knee injury which slowed my development down but it allowed me to go to University in Exeter before moving to Blackheath.
Can you make the step up to the Premiership?
The Championship is a great league but it’s in a strange place in terms of the exposure players get. The Premiership is something I’d like to do but I’ll just take things as it goes.
Ever played for Bath while at Millfield?
I played a season of A-League while I was at school and some of the young guys I came up against went on to achieve great things like Elliot Daly.
What’s your day-job?
I’m a PE teacher at the London Oratory School. I had to referee a school game before playing against Ealing last week! It’s hard to mix rugby and teaching but I really enjoy my life right now.
Favourite cheat meal?
I do love a Five Guys here and there.
Three dinner guests?
Shane Warne, Roy Keane and Dan Carter.
Best and worst banter at Richmond?
Jason Phipps our hooker is pretty good but Rob Kirby is the worst.
Best and worst dressed?
It’s a double for Rob whose post training outfits are simply horrendous. Our centre Ronnie McLean is the best dressed.