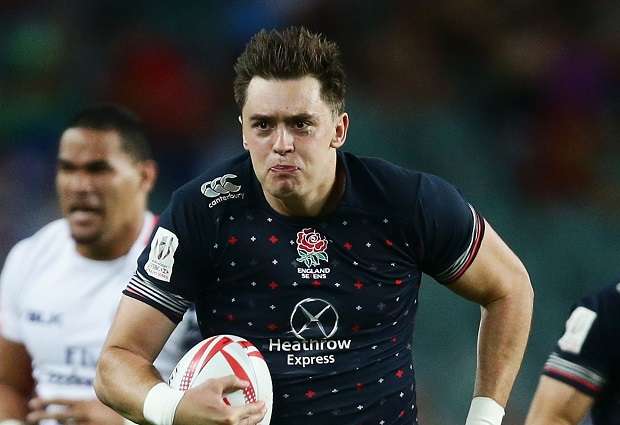 Do you have the Olympic buzz yet?
That’s the only thing we think about now. It was like the first day at school when we got into camp on Monday getting all the kit and meeting new players from different nations.
What’s Team GB biggest challenge?
Having to gel quickly with guys we played against all season. We play different styles of rugby too so we have to learn quickly how to get the best out of each other.
Expecting to surprise a few teams in Rio because of it?
We’ve got endless amounts of footage on the other teams but they’re going to have little idea of what we’re going to bring and that could work in our favour.
Four tournaments to get ready?
It’s going to provide great competition with two GB Teams entered in each. We’re going to push each other and hopefully it’ll help us take our game to new heights.
Potential for GB1 v GB2 then?
We all want to prove we want to go to Rio and there’s no other way to do that than going against your rivals. I’m confident that if I play as well as I can then a spot on that plane is very reachable.
When will you find out?
After the second European leg in Exeter. The final 12-man squad for Rio will have one last rehearsal in Poland mid-July.
Are the squads mixed up for now?
Yes but everyone should have a better feel of what works and what doesn’t over the next two tournaments.
How do you look back at your season personally?
I’m pretty happy with how it went but hopefully I can keep going for another few weeks.
Feeling like a leader?
With players from different countries coming together, players will have to stand up and lead Team GB and I definitely want to be one of those people.
Happy with your career since captaining England  at the 2011 Junior World Cup?
We had such a great team and some of the boys have done really well since. Hopefully I can join them by becoming an Olympian this summer.
Why do you think it took you longer to kick on since 2011?
I got a little bit stagnant at London Irish to be honest. I got stuck behind Chris Hala’ufia who was a very good No.8 so I joined England Sevens to kick start my career and I feel like I’ve got my momentum back.
Moving back to 15s as a centre this summer with Carnegie?
Playing in midfield will work to my advantage because I enjoy running with the ball and trying to beat players. That’s what I’ve always been good at and sevens has helped me develop my game.
How did you make the transition?
I’m actually heavier now but at the same time I’m faster and fitter and it just shows the level of athletes playing on the sevens circuit.
Why Yorkshire Carnegie?
I didn’t want to sign for a big club in the Premiership having never played centre. You make one or two mistakes and the next thing you know you’re holding tackling pads for the rest of the season. They want to kick on and so do I so hopefully we can help each other out.
Learnt from your London Irish experience then?
Definitely! I wanted to give myself the best opportunity to succeed and speaking to Bryan Redpath at Carnegie I believe it’ll be the best place for me to do so.
Favourite cities on the World Series?
Sydney with the Opera House, Cape Town with Table Mountain and Las Vegas with the Grand Canyon. Hopefully I’ll add Rio to that list soon!
Do you have a cheat meal?
You have to let your hair down here and there and after three or four weeks of training hard you can indulge yourself to a nice dessert or something. We’re burning enough calories after all.
Three dinner guests?
Michael Jordan, Jennifer Anniston and Peter Kay.
Best and worst banter in the squad?
We’re more laughing at him rather than with him but Dan Norton makes all the boys laugh. James Rodwell is without a doubt the worst.
Best and worst dressed?
Marcus Watson’s the best but my old Newcastle mate, Scotland’s Scott Riddell, is the worst in the GB camp.