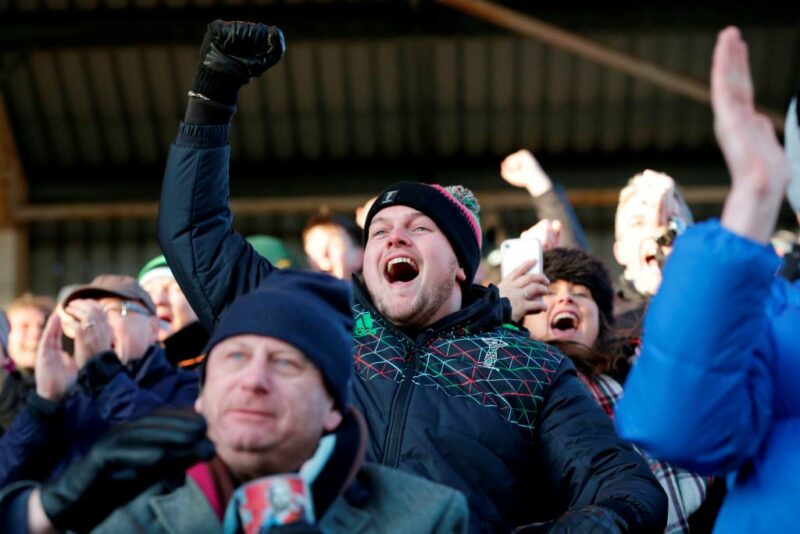 The UK government has selected Harlequins’ Premiership clash with Bath as the appropriate setting to trial the return of fans to rugby stadiums.

The two clubs meet next Saturday (September 5) at Twickenham Stoop, where there is potential for 4,000 supporters to attend as part of a pilot which has seen the Department for Culture, Media and Sport collaborate with Premiership Rugby.

Strict social distancing measures will be in place as the Stoop operates at a limit well below its 14,816 capacity, and was one of numerous Premiership venues submitted for consideration.

The government is pushing forward with its pilot scheme to have fans back at sports grounds, after the World Snooker Championship final hosted 300 supporters earlier this month in Sheffield.

Harlequins chief executive, Laurie Dalrymple said: “We are delighted to able to host this pilot event and we have been working incredibly hard with the relevant authorities to demonstrate that we can safely and securely host events with supporters.

“A huge amount of work has been done across the Club to ensure operationally and medically that we deliver our match day events to the highest standard, meeting the stringent guidelines. Our successful hosting of both Harlequins and London Irish matches at The Stoop since rugby’s return have been a great test, but having supporters in the stadium is what everyone has been striving for.

“We will communicate shortly with our supporters about how we will select those that are able to attend this match. We are sure they will understand that it is impossible to get everyone into the stadium for this pilot and we must have a selection process.

“We do of course hope that this pilot leads to further matches and increased numbers of supporters which will enable us to get as many supporters as possible into The Stoop, as soon as possible. At this stage, we ask our supporters to hold for further information which will come shortly while we wait for final details from DCMS.”

Exeter Chiefs chairman Tony Rowe urged the government to act or risk cash-strapped Premiership clubs being liquidated by Christmas, telling the The Rugby Paper the Chiefs are losing £1m each month.

Club owners have been quick to draft protocols for limited-capacity matches to keep fans safe after England’s 279,000 recorded cases of COVID-19.

Sale Sharks owners Simon Orange told TRP last month: “We’ve got an outdoor stadium at the AJ Bell which holds 12,000 people where we could safely house 4,000-5,000 supporters while social distancing. Across the Premiership, clubs are gearing up for that and yet our businesses must remain closed.

“It’s outrageous that the government keep telling us they want to get businesses back up and running but we’re not allowed to do it. At the very least we should all be able to allow season ticket holders in and get the corporate side up and running.”