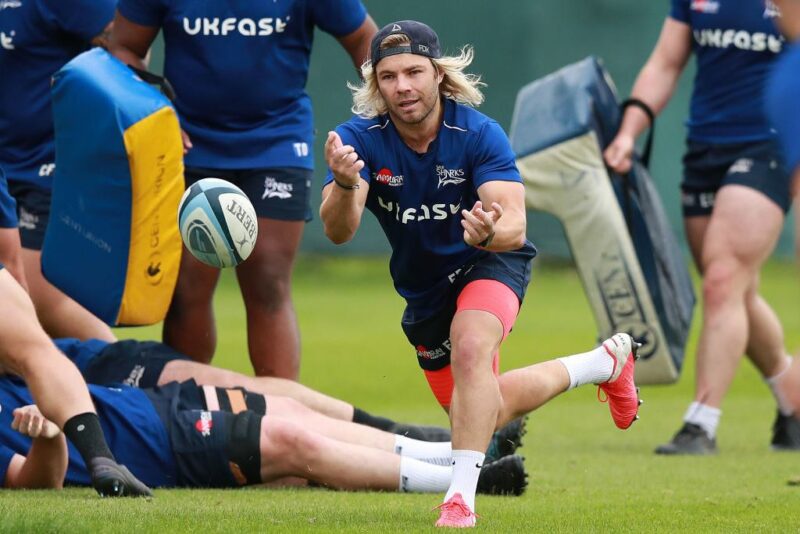 Sale Sharks owner Simon Orange has launched a stinging attack on government officials for dragging their heels over allowing fans back into grounds.

Cash-strapped Premiership clubs already reeling from the effects of the coronavirus had been gearing up to welcome fans back in early September.

However, despite cricket and horse racing being granted ‘test event’ status as the country emerges from lockdown, rugby will continue to suffer.

Exeter supremo Tony Rowe has issued a stark warning that the long-term outlook for Premiership sides will be “catastrophic” if venues remain closed.

With clubs losing up to £1m-a-month, Orange told The Rugby Paper: “We’re continuing to fight but it’s a disgrace that the government are allowing people into pubs, restaurants and shops but not allowing them into outdoor stadiums, which are safer.

“There are so many inconsistencies from the government over what people can and can’t do. They’re allowing crowds at horse racing and cricket but not rugby and I can’t explain why that is the case.

“We’ve got an outdoor stadium at the AJ Bell which holds 12,000 people where we could safely house 4,000-5,000 supporters while social distancing. Across the Premiership, clubs are gearing up for that and yet our businesses must remain closed.

“It’s outrageous that the government keep telling us they want to get businesses back up and running but we’re not allowed to do it. At the very least we should all be able to allow season ticket holders in and get the corporate side up and running.

“I’m hoping Premiership Rugby are pushing hard in discussions with the DCMS because we could get crowds back by mid-August, never mind October.”

Meanwhile, clubs are facing a double financial whammy with the RFU set to reveal further funding cuts that will impact its deal with Premiership Rugby.

Premiership clubs currently receive £27.5m between them annually as part of the RFU’s £220m, eight-year deal signed in 2016. However, a review clause in the contract means that payments over the final four years are directly linked to RFU finances.

With the game’s governing body already making huge job cuts in the face of projected losses that could eventually total £107m, payments to Premiership Rugby could be halved while England players are also expected to take a significant hit.

A club source told TRP: “Clubs have been told that their monthly distribution from central funding that is usually £400,000 each could drop to just £75,000, in the short-term at least.

“Debts will inevitably increase and the club chairmen will either need to dig into their pockets to make up the shortfall, cut player wages even further or sell another chunk of the business to CVC. None of those options are particularly palatable.”