Posted on 10th September 2020 by Adam Ellis in Latest News, Premiership with 0 Comments 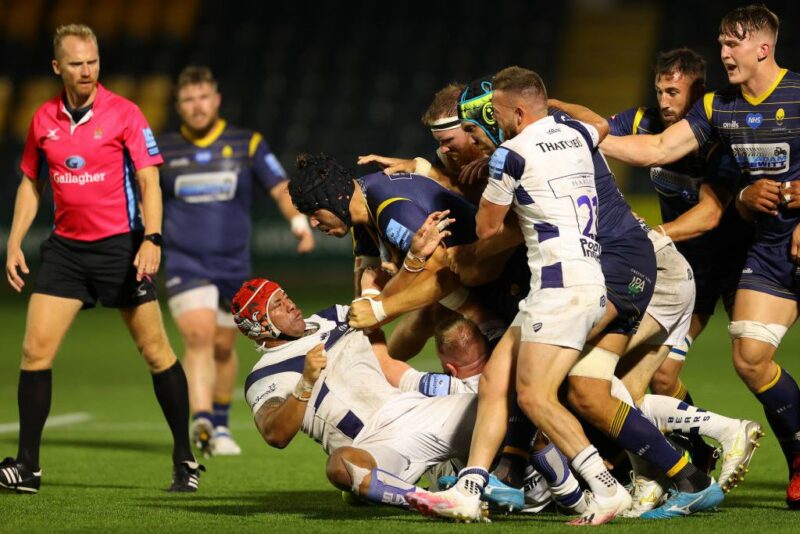 Bristol Bears have launched an appeal against the three-game ban handed to Siale Piutau after he had been cited for striking Worcester’s Andrew Kitchener last Friday.

The opposing pair came to blows in the 79th minute following a ruck and resulted in referee Wayne Barnes showing a red card to Worcester lock Kitchener and a yellow for Bristol centre Piutau.

Both players were given equal punishment at a disciplinary hearing on Monday night when they were given three-match bans, much to the discontent of Pat Lam who took aim at the citing process by claiming Piutau had acted in self-defence and that Kitchener had been the aggressor.

Speaking after Bristol’s 47-10 victory over Northampton Saints, Bears director of rugby Lam said: “I am just extremely frustrated. The messages of inconsistency is what I am struggling with.

“Siale was attacked by two guys who started swinging at him. The process means he can’t strike back.

“For that person to get the same punishment as someone defending themselves – what do I say to his wife and his children if he gets a whack in the head? ‘Sorry, your husband is in hospital’. I just hope that some good can come out of this.

“I was absolutely disappointed. Things have got to change.”

After airing his unequivocal objection to the ban, the choice by Bristol to appeal comes as no surprise with a hearing set for Thursday, 5.45pm.

Worcester director of rugby Alan Solomons was keen to address the matter following Lam’s interview with BT Sport, flipping blame onto Piutau as the ‘instigator’.

“He (Kitchener) was clearly provoked by what had happened. He has learnt his lesson. He has been punished and rightly so because in the melee that subsequently followed he threw one or two punches,” said Solomons.

“If you look at it the punishment handed out to both players I thought was appropriate.

“You have a judicial process, I think you have got to respect the judicial process. I think it is integral and critical to the game and you can’t in any shape or form seek to undermine it.”

Piutau and Kitchener both accepted the striking charge levelled against them.