Posted on 9th September 2020 by admin in Latest News, Premiership with 0 Comments 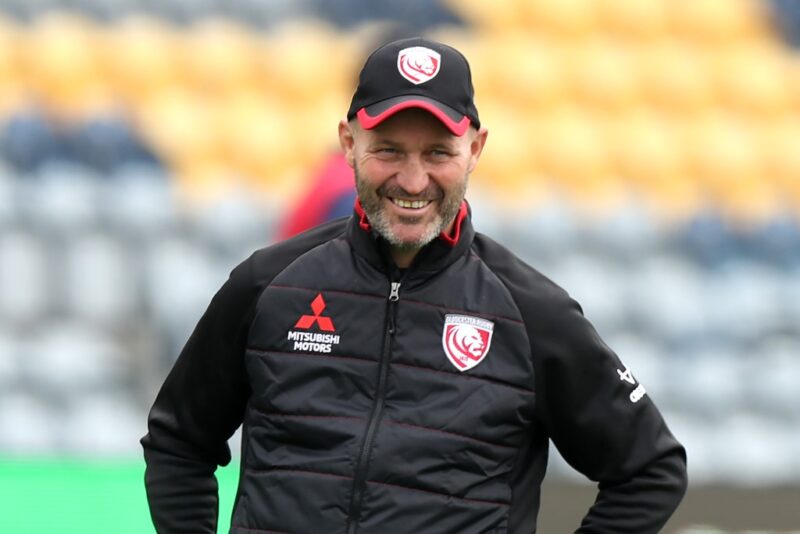 Alex King is banking on Danny Cipriani’s leadership and a bit of hard-nosed Wasps DNA to bring glory days to Gloucester and reignite the Kingsholm roar.

Thirteen years after partnering a young Cipriani in the Wasps side that won the 2007 Heineken Cup, King is back in tandem with a man whose nous will be crucial if the Cherry & Whites are to cast off the underachievers tag and tilt for rugby’s big prizes.

Now part of an ex-Wasps coaching triumvirate led by head honcho George Skivington and including another former playing colleague in defence coach Dom Waldouck, King, 45, has determined that this is the time for Gloucester to really make things stick.

King told The Rugby Paper: “Before I came here, I watched a lot of games and this team had done a lot of good things – scored lots of tries, the attack had been fantastic – but the challenge now is for the side to be more consistent in what it does.

“We’ve got the most try-bonus points behind Exeter and Wasps, but as well as scoring points you need to be a hard team to beat, so we need to avoid situations where we maybe overplay a bit in our own half and employ a bit more of that tactical nous.

“There are good attacking players here but you need a bit more than that to win championships and it will take a little while to just instil that mentality.”

Enter Cipriani, with King adding: “It’s great he’s here. We talk about that 2007 Heineken Cup final win over Leicester now and again and they were special times. I played No.10 that day, he played 15 and it’s nice to know each other and have a bit of history.

“We can have really honest conversations about rugby and we all see the game in a slightly different way. I’ve said to Danny that I don’t have all the answers, but together, along with the other coaches, we’ll find solutions and make Gloucester successful.

“It’s testament to him that he’s still playing 13 years later and he’s become a lot more of a leader than he was then. He relishes that leadership role at No.10 and that’s crucial because the game’s about identifying switches in the game and reacting to it.

“It’s easy for a 10 when you’re on the front foot and things are going well, but it’s when momentum changes that you need to step up and that’s something you develop with experience.

“Danny’s been there and done it and he’s in a good place, so it’s good to be managing him now and setting him new goals. Coaching’s about forming relationships and getting the best out of players and I’m looking forward to the future with him.”

While King’s Wasps side ruled the roost over Gloucester in big games during the Noughties, most famously hammering them 39-3 in 2003’s inaugural Premiership final, he sees no reason why the current Kingsholm side cannot win major trophies.

He said: “Gloucester is a big club and they’ve been very close to winning Premierships and titles down the years. I just want to see this side getting back into the top four and every day we’re striving to set higher standards – led by George.

“Games are coming thick and fast so we’re just concentrating on the next 80 minutes. We’ll get as many points as we can, see where we finish this season and then, hopefully, we can get Gloucester back to where we want it.

“There are quality people here and it’s great to be on George’s coaching team. I’ve known George and Dom Waldouck a long time and we shared some special experiences as players, so we know and trust each other and we’ve got a common philosophy.

“They’re great people, that’s the first thing, and this is a big club with great fans, so I can’t wait until the Shed is packed again and gets its roar back.”

With some of the Premiership’s deadliest wingers at his disposal in Jonny May, Ollie Thorley and up-and-coming Welsh speedster Louis Rees-Zammit, King knows he has enough tools in his box to win regularly – if Gloucester can get their game right.

King, whose coaching pedigree includes spells at Clermont, Northampton and Montpellier, as well as a stint with Wales, added: “We’ve got Charlie Sharples, Matt Banahan and Jason Woodward as well so we’ve got good depth in our back three. We want to challenge our guys to get international honours but, as well as playing good rugby, we can’t afford to give other teams easy points.

“Of course we want to score tries and play beautiful rugby, but there has to be a tactical element as well about playing the situations, reading the context of a game and that comes from scenario training off the field and leadership on it.”