From the school of Pat Lam, Jonathan Thomas is ready to develop Worcester pack

Posted on 6th August 2020 by admin in Latest News, Premiership 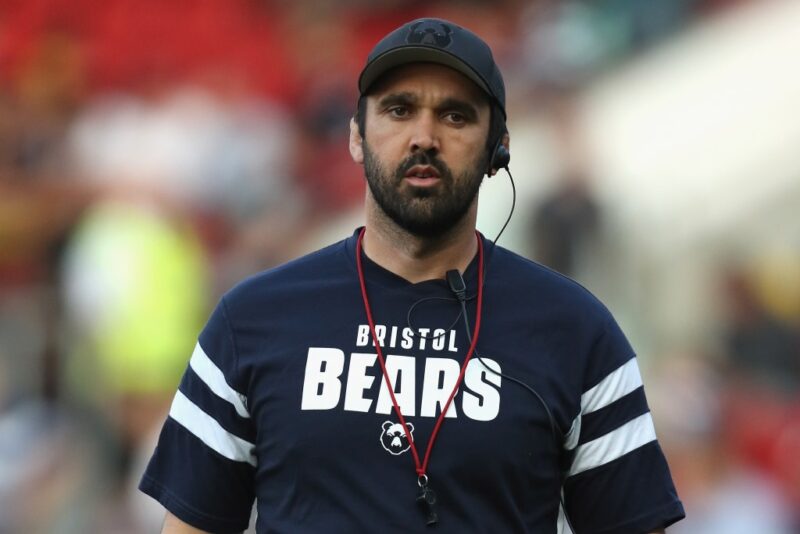 Thomas, capped 67 times in the Red Dragons’ back row between 2003 and 2011, has relinquished a similar job at high-flying Bristol to take on the challenge of boosting lowly Warriors – a club he fell in love with during a previous stint as a player there.

His four years at Bristol coincided with a transformation that has taken them from the Championship to becoming title challengers. Now armed with that experience, Thomas aims to drive Worcester towards achieving their full potential.

At first glance it looks a backward step, but Thomas told The Rugby Paper: “It’s great to be back and it’s a club that means a lot to me. There’s a real good vibe with new coaches coming in and good core of young players to complement the senior guys.

“What a lot of people don’t realise is I’ve lived in Worcester the whole time. When I came here as a player in 2013 my wife and I moved to a little village nearby and fell in love with it, so for the last four years I’ve been commuting down to Bristol. I really enjoyed my time there. There have been huge changes at Bristol over the last few years and I’m very proud of what everyone achieved there. There are great people there too, but I’m really looking forward to the next challenge here.”

Asked what pointers he gleaned from the effervescent Lam, Thomas adds: “In one word: leadership. Pat provides strong leadership and I’ve been fortunate as a player to work under top guys like Warren Gatland and Steve Hanson as well.

“What you learn from the best in the business is they really know what they want, are really clear in the vision they have for achieving that, and then know how to implement that vision and the people they need around them to do it.

“They’ve got a really strong coaching philosophy and Pat’s no different to those guys – strong leadership, strong presence around the club, clear in what he wants and he’s been pretty inspirational to me and fantastic to work with.”

Worcester director of rugby Alan Solomons spoke recently of his desire for a fully-aligned coaching team who share his ambition to build a committed core group of young players who can take Worcester into the top six and stay there.

Thomas is fully on board, explaining: “I know what success looks like and a huge part of that is an aligned coaching team that works to a big picture message.

“I’ve been part of successful teams and unsuccessful teams, but the ones that succeed have an aligned coaching team who all speak with the same tongue.

“As a player you feed off that and gain confidence from it and there are four new coaches at Worcester now – myself, Mark Irish, Matt Sherratt and Jonny Goodridge – who all know each other and are completely aligned in what we do.

“Alan Solomons has got a huge amount of experience, is clear with what he expects and he’ll allow us as coaches to express ourselves. If we can retain our talented batch of young players for the next five to ten years and have continuity of coaching staff – as you’ve seen at Exeter and Saracens – I genuinely think we can achieve our aspirations.”

One of those young stars on whom Worcester are pinning hopes is newly- appointed captain Ted Hill, who, at 21, is the fourth youngest skipper in Premiership history.

Thomas sees a huge future for the one-cap England back row. He said: “I’m six weeks into working with Ted and I’d really admired what he’d done before I arrived.

“He has a lot more to achieve in the game and the best is to come, but what I’ve really enjoyed is Ted the person and he’s completely unaffected by pressure.

“He’s not going to change as a person with any accolades that might come his way; he’s very humble, grounded, confident about who he is and he leads by example.

“A big thing about captaincy is the standards you set and expect of others, and Ted sets and expects those standards exceptionally well for such a young man. As coaches we felt he’d already achieved a lot and there will be more caps for him at England level.

“He’s someone who can be at the forefront of this club for a long, long time and you can build a team around him, but no way are we asking him to do it on his own. We won’t hang him out to dry and he’ll have a lot of support from coaches and senior players.”

With a stable of young locks headlined by former England U20s stars Andrew Kitchener and James Scott and impressive depth in their front and back rows, Thomas is confident Worcester will have a pack to compete when fixtures resume in a fortnight.

He added: “I’m excited by the young players coming into our tight-five and when you complement Ted in the back row with guys like Matt Kvesic, Marco Mama and Sam Lewis, there’s a great group of players who will work really hard for each other.”