Springboks dispell uncertainty with Sanzaar by staying in Rugby Championship 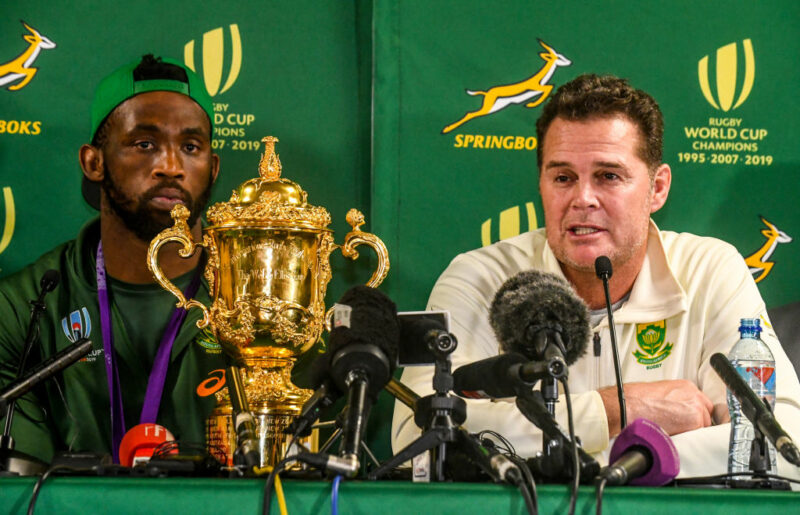 World champions South Africa have committed to the Rugby Championship until 2030, ending doubts over their place within southern hemisphere rugby.

The Springboks withdrew from the 2020 tournament because of fears over player welfare amid the Covid-19 pandemic.

There had been reports suggesting the Springboks could join the Six Nations in 2024 after the next World Cup in France.

But SA Rugby says it “welcomes” plans to restructure the tournament, which also includes New Zealand, Australia and Argentina.

“We are looking forward to seeing what the new strategic plan for the competition entails, with possible international expansion on the cards,” said SA Rugby chief executive, Jurie Roux.

Under the revised format, a team will host another nation for two matches one year, before playing an away double-header against them the following year.

“The re-commitment by the four unions to the long-term future of the international game is an important start as we embark in a new direction for both the unions and the organisation over the coming years,” said Sanzaar chief executive Andy Marinos.

In the absence of 2019 Rugby Championship winners South Africa, the remaining teams are playing a Tri Nations Series this year, which began on 31 October when New Zealand beat Australia 43-5 in Sydney.

The 2020 Super Rugby season was cancelled because of the coronavirus pandemic, with New Zealand, Australia and South Africa each having their own domestic competitions for this year.

That had left the four South African Super Rugby without the prospect of rugby and spurred SA Rugby to hold talks with the PRO14 over an expansion.

Backed by the approval of an SA Rugby board vote on the matter, talks are ongoing over a ‘PRO16’ that would see the Sharks, Stormers, Lions and Sharks joining the league at the expense of the Cheetahs and troubled Southern Kings.

“Although we had to change our domestic focus, we still have a long history with the All Blacks and Wallabies, as well as a long-standing friendship with the Pumas, and we look forward to more world-class Test rugby,” added Roux.