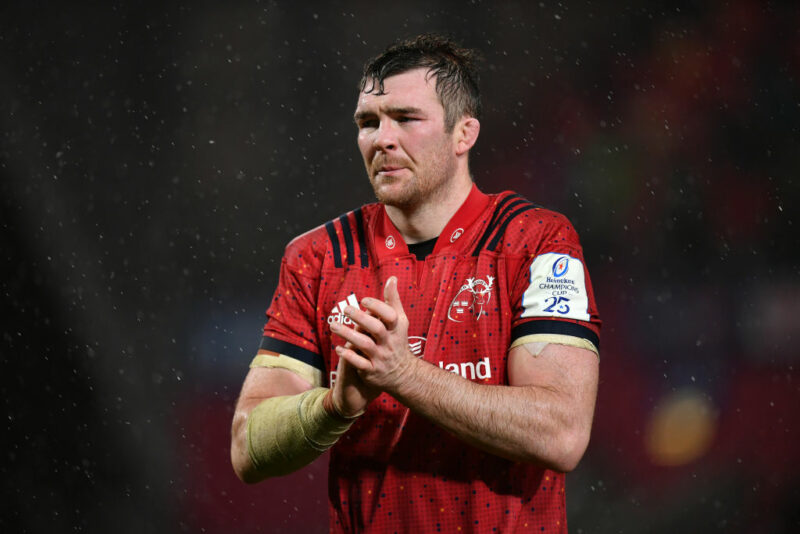 LIONS flanker Peter O’Mahony has got several French clubs sounding him out about a move to the Top 14 when his contract runs out next summer.

The deal that the Munster star signed in December 2017 is now running down and there is no agreement in place to extend it which has opened the door for French clubs.

O’Mahony, 31, who joined Munster a decade ago, was a member of the Ireland side that won the Grand Slam two years ago. He is going to take his time to weigh up his options as he nears the closing stages of his career.

The obscure future of O’Mahony ties into the current crossroads the national team are facing after head coach Joe Schmidt and captain Rory Best made the 2019 Rugby World Cup their final involvement.

Under the new coach-captain pairing of Andy Farrell and Johnny Sexton, Ireland looked uninspired in defeats to England and France in the Six Nations but have found players likely to develop en route to France 2023 in Will Connors, Caelan Doris and Hugo Keenan.

Farrell said after defeat in Paris on Saturday: “We need to keep growing our squad obviously. That goes without saying really, that has to be the approach the whole time.

“There will be combinations we probably need to find out about and hopefully we can keep going down the line of competition for places which is going to be good for us in the long run.”

For O’Mahony, who will be 34 at the next World Cup, his 69 caps for Ireland created the avenue for him to tour with the British & Irish Lions in 2017. In New Zealand he captained the team in the first Test against the All Blacks, losing 30-15, and was dropped for the subsequent two Tests as Warren Gatland had done with Brian O’Driscoll four years earlier on the tour of Australia.