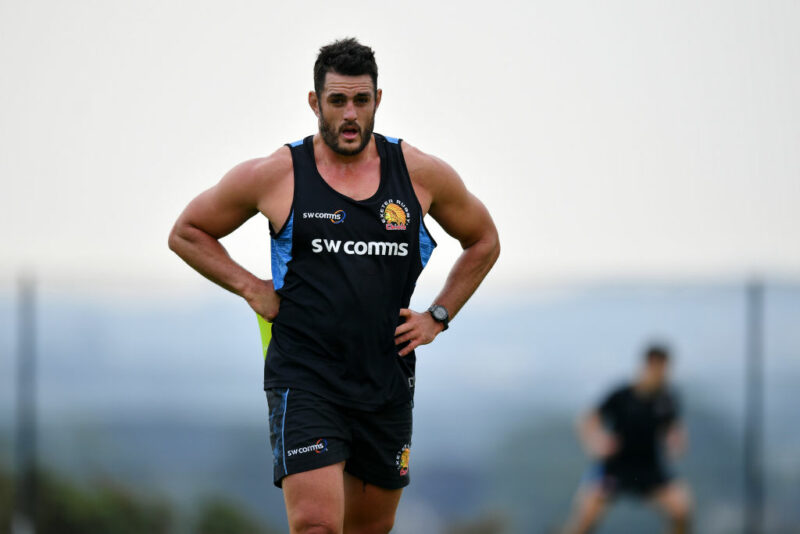 Exeter’s Aussie star Dave Dennis is set for pastures new after revealing he has accepted the offer of a two-year deal to play in Major League Rugby.

Although his destination is yet to be confirmed, the 34-year-old lock-cum-back rower says the chance to ply his trade in America has come at the perfect time.

Dennis told The Rugby Paper: “I’ve committed to MLR for two seasons and it’s an exciting opportunity, something totally different to what I’ve done before.

“I’ve played for two proud clubs in New South Wales and Exeter with long histories, but in America I’ll be part of something new and that’s a good challenge.

“The other aspect is that our priorities as a family have changed, so it’s a chance to go home to Australia now before getting over to America in February. In between seasons I’ll be back in Australia and I’ll be able to work on some transitional stuff.”

The former Wallaby added: “Aside from playing for two more years, there’s a development officer role in America as well. There’ll be junior coaching with that, which is something I’m really interested in post-rugby so it’s a nice way of finding my way into it.

“There are a lot of different factors but this is perfect for where I am in my life. Although I’ll be sad to leave Exeter, it’s probably the right time with us becoming champions of England and Europe and it’s a really nice time to move on to something new.

“I’ve had a lot of lovely messages from staff, players and supporters over the last fortnight and it’s great to know that your contribution has not gone unnoticed. I’ve only been a small cog in an incredible time for Chiefs but I’m proud of it.”

Meanwhile, Dennis predicts a big future for Jonny Hill, below, after his erstwhile second row teammate made his England debut yesterday.

Dennis said: “It’s a well deserved opportunity because this year particularly, Jonny’s brought a more physical edge to his game.

“He’s put on a little bit more weight so his carries and actions in the contact area and defence have been really positive. His clear-outs have a real physical edge, which he probably hasn’t had in previous seasons, and he brings a lot to the set-piece.

“He scrummages hard and he’s pretty much been our go-to ball winner at lineouts, so he offers really good set-piece options for England and then, just in general play, he’s a smart footballer who brings a level of physicality that’s needed at Test level.”

Hill finished joint-second in the Premiership try-scoring charts with ten touchdowns and Dennis added: “It probably reflects the way we play at Exeter but if England can get into that five-metre channel as much as we did, Jonny’s very hard to stop.

“Lads like him are powerful and very long so don’t be surprised if he notches a few tries for England as well. I think he’ll do really well at that level.”