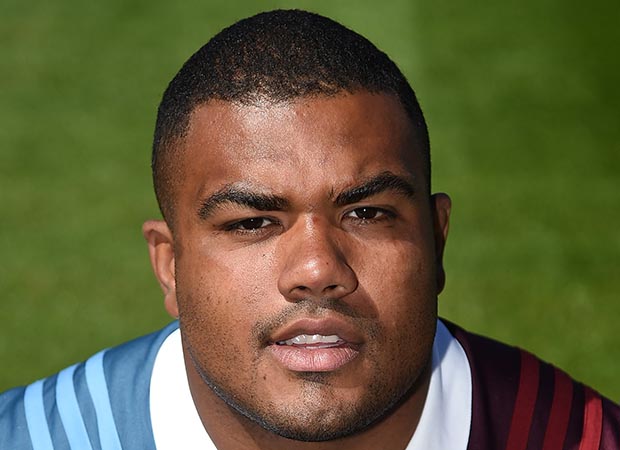 Enjoying the season so far?
Very much so even if it was frustrating to miss the Stade Francais game last week because of the concussion I suffered against Northampton.
Were you close to playing?
There wasn’t anything I could do because the regulation stated the earliest I could have played was on Friday. So given the short turnaround I wouldn’t have been allowed to play on the Thursday even if I’d passed all the tests.
How do you get over concussion?
The best thing to do is just sleep well and rest to let your body switch off from rugby. There isn’t any rehab process as such.
Happy with your involvement so far?
I have played in all the games in the Premiership starting four of them so I was pleased but as a squad we could do better.
In what way?
The crowd has been phenomenal at the Stoop, especially in big games like Saracens and Northampton. We’re doing really well at home but we need to stop letting ourselves down on the road.
Areas to improve?
There are a lot and if a player ever says he can’t improve anymore he should be worrying. I like to carry the ball but I can improve my running lines and angles.
What about the scrum?
It is always a work in process for a tighthead. I’ve worked hard on it and, hopefully, people can see that.
Having Graham Rowntree and Adam Jones as mentors must help?
I’m pinching myself sometimes! I’m so lucky to have these two guys around me at this time of my career.
Anything drastic Graham changed?
There’s been a few and it made a big difference. Adam is the same shape as me so what usually works for him works for me, too. Having Neal Hatley with England during the summer also helped me out massively. I’m very lucky!
How do you break into the England set-up?
I’ve just got to keep doing the things Eddie Jones likes but the main thing is to remain patient. I’m in the training squad now and I’ll find out this week if I’ve made the cut for the autumn.
As a tighthead a Test debut against South Africa would be special, wouldn’t it?
They’ve got a massive pack starting with Tendai Mtawarira who’s called ‘The Beast’ for a reason. The rest of their pack is huge, too. It wouldn’t be a soft option but I’d love the opportunity.
What about that new contract?
The club has put a lot of faith in me and it was very much a case of dotting the ‘I’s really. I’ve been at the club since I was 13 so I love the club and I want it to do well even if we know it’s going to take some time.
Have you thought about leaving?
If I did I wouldn’t have signed my new contract so early into the season. Players who are thinking about leaving don’t sign their contract until January so they can speak to other clubs. Quins is my home!
On par to break the 100-game mark this season?
I’m 23 and I’ve played already played 87 games for Harlequins which as a tighthead is something I’m quite proud of. They put me in when I wasn’t ready maybe but they’ve stuck with me. Conor O’Shea and John Kingston trusted me and I’m ever so grateful for it.
How good was Richmond for your development?
I love Richmond! To give me so much game time at 18 was huge for me. Steve Hill is doing a great job and I owe a huge amount to that club. It’s a great club to go on loan to.
If not rugby, what would you be doing?
Some sort of manual labour probably.
Favourite cheat meal?
If I get the green light from the nutritionist, I head to my nan for some fried dumplings, jerk chicken, plantain, rice and beans.
Three dinner guests?
Denzel Washington, Kevin Hart and Katy Perry.
Best and worst banter at Quins?
Dave Ward is a funny character but Joe Gray and Jack Clifford are just terrible.
Best and worst dressed?
Marland Yarde thinks he looks good but his dress-sense his terrible with some weird combinations and what’s up with those coloured dreadlocks? ‘The Doc’ Jamie Roberts is the man with some nice watches and clothes.