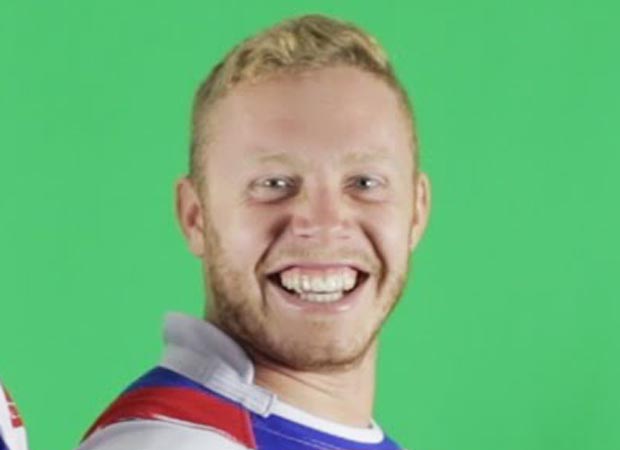 From a club persepective it’s been fantastic – B&I Cup semi-final and unbeaten in the league. So moving in the right direction. Personally I’ve had limited game time but I’m working towards getting myself in the team for the latter part of the seaon.

Do you feel you’ve improved since switching from Bedford?

Yes definitely, especially training with the likes of Dwayne Peel. I’ve done a lot of work with our backs coach Matt Sherratt who has helped me with my skills.

Where did you start out in rugby?

My local club was Tunbridge Wells RFC. I went a long as a six-year-old, hated it, and cried in the middle of the pitch! My dad took me to the car, shouted at me and made me do it. But I fell in love with it from then on.

So your dad’s been a big influence?

Yes, he coached me at Tunbridge Wells and always went out with me on the late nights doing extra passing and kicking sessions. He’s been my biggest influence.

Play other sports as a kid?

Not really, I’m not one of those multi-talented sportsman – it was just rugby for me. I did play for the B team in cricket – shining moment 4 not out in a 20-over game.

Always been a scrum-half?

How come you ended up at No.9, did everyone just get bigger?

I like to think I’m quite a muscular kind of guy but yeah height-wise everyone took over. But I enjoy having a lot of contact on the ball and having a big influence controlling the game.

Guys like Jason Robinson – game-changers who can excite the crowd and pull a rabbit out of the hat. I like to think I try to do that when I get on the pitch.

If not rugby what would you be doing?

I had a place at Newcastle University to read Classics and I’m currently doing an English Literature degree with the Open University. I’m  interested in journalism and I am also doing some work experience in London for firm called Argentex to see what the City lifestyle is about.

So that’s the idea post-rugby?

Yes I think so. I’m really enjoying it and I try and get up there as much as possible.

You in student digs?

No I’m not luckily! I live with my Bristol teammate Charlie Amesbury and a guy called Matt Saer who is a business analyst in Bristol which makes for a nice change and different social scene. My bedroom backs onto the players’ entrance at Ashton Gate!

Who does the cooking?

I’m head chef, Charlie’s my sous chef and Matt just eats. Being rugby players we have a bit of time on our hands and nothing better than diving into a bit of Nigella Lawson. Can’t beat a bit of salmon or barbecued chicken thighs. If you want the recipe go on the Channel 4 website.

How else do you chill out?

We try to watch Pointless as a mini-family to up our general knowledge and getting out in Bristol – there’s lots going on. But mainly Pointless!

Last year a few of us went to Cancun for spring break – the best holiday of my life! Next summer I have a few weddings to go to – Nick Koster, my sister’s too I should mention, and I’m best man at James Short’s wedding.

So mates with James from your Sarries days?

Shorty went to Tunbridge School, very near me at Judds, so he’d drive me to training which I was grateful for although he stalled a lot.

Wet changing room floors when your feet get muddy after a shower and when you’re getting psyched up before a game the bigger lads like to give you a good slap on the back which I find incredibly painful!

Ryan Jones is the worst – it’s hard to understand his accent too – and recently retired Ross Johnson brought a lot of laughs.

Best is Charlie Amesbury he’s got some sweet garms, worst is Ben Mosses who is a cross between One Direction and Keith Lemon.

Ambitions for the rest of the season?

To get regular game time and see Bristol promoted.