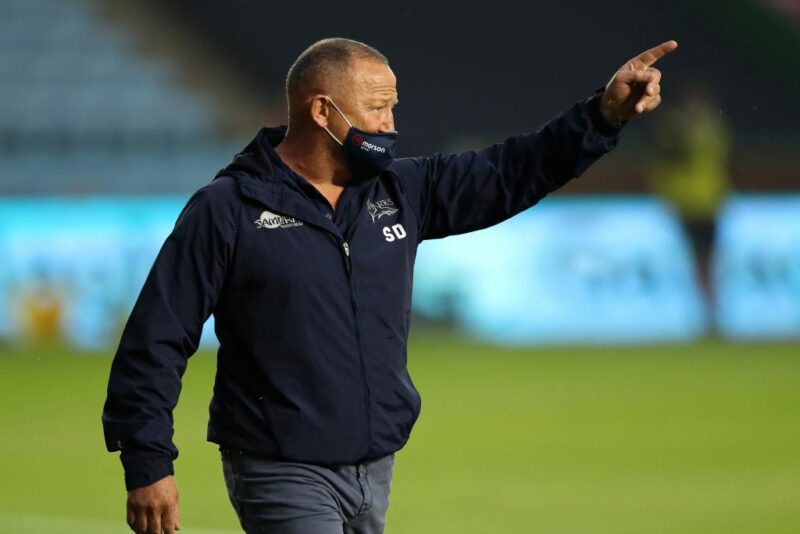 On the eve of the final round of the Premiership season play-off chasing Sale Sharks have had a number of players test positive for COVID-19.

Sale’s match with Worcester Warriors on Sundy has been placed into major doubt after a ‘double-figure’ number of first team players tested positive, according to the Daily Mail’s Nik Simon.

It leaves Premiership Rugby scrambling to reach an alternative option, as Steve Diamond’s side lay claim to the fourth and final qualification spot in the standings with one round to go.

Should Sale be forced to forfeit the match, it would result in an automatic 20-0 loss and hand fifth-place Bristol Bears a shot at the play-offs.

It would be a hammer blow to the club that celebrated lifting the Premiership Rugby Cup last week, but not face having the outcome of their season decided by others.

A forfeit would guarantee Wasps and Bath a semi-final place, with Bristol Bears requiring only one point in their trip to London Irish.

Week after week since the league’s resumption in mid-August, the Premiership has carried out pre-match testing of all players and personnel to prevent an outbreak similar to what has troubled the new Top 14 season.

Ahead of Round 22, the Premiership have said they will delay releasing the information on the latest screening results.