Posted on 1st October 2020 by admin in Latest News, Premiership 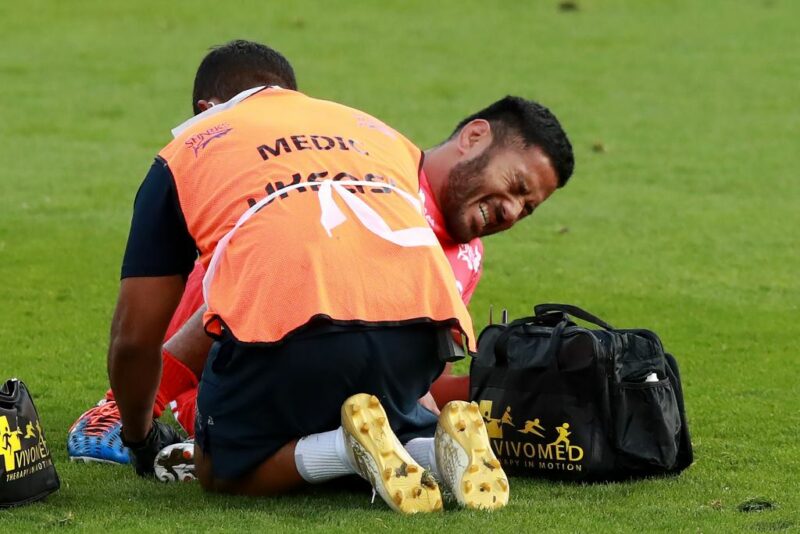 England centre Manu Tuilagi will miss the Autumn Nations Cup and 2021 Six Nations after the extent of the injury he sustained on Tuesday became known.

Tuilagi left Sale’s game against Northampton early in the first half and scans have revealed the 29-year-old had suffered a torn Achilles, which will require surgery.

That will keep Tuilagi sidelined for at least six months in a major blow to club and country.

Having resigned himself to losing Tuilagi for play-off chasing Sale’s final match of the season, Sharks director of rugby said on Wednesday the club were fearing the worst.

“We think it’s the Achilles with Tuilagi and it looks pretty significant,” Diamond commented.

The severity of the injury leaves Tuilagi’s hopes of featuring for the Lions on their tour of South Africa next summer uncertain, as he will miss all of the 2021 Six Nations.

England teammate Courtney Lawes also left the field of play early in the same match, in a double-blow to head coach Eddie Jones.

Lawes starred for England during the Six Nations earlier this year, but is believed to have suffered an ankle injury severe enough to rule him out of the autumn schedule.

Having been sent for a scan on Wednesday, Lawes will now travel to see a specialist to determine a clear prognosis.