Posted on 22nd September 2020 by admin in Latest News, Premiership 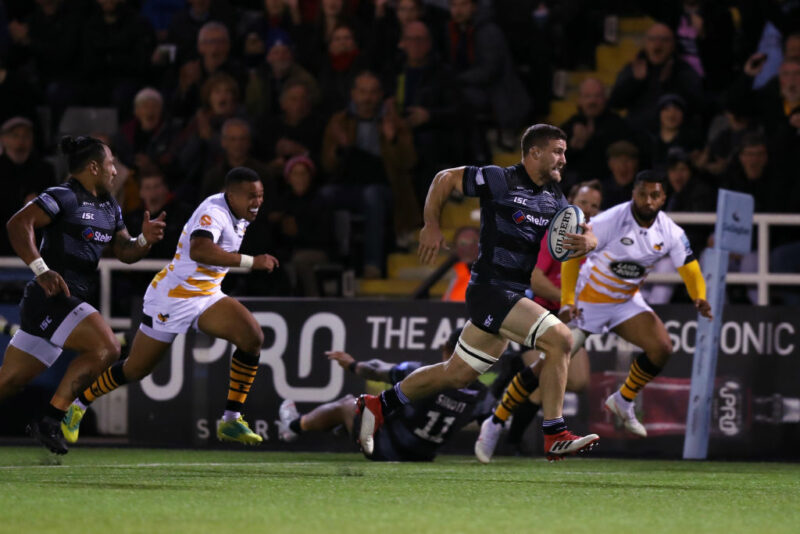 Wilson, 30, has scored 41 tries in his 224 appearances for the Falcons since coming through the club’s academy, and will take over the role from last season’s co-captains George McGuigan and Michael Young.

“George and Micky did an absolutely outstanding job last season in leading us to promotion after an unbeaten campaign,” said Falcons director of rugby Dean Richards.

“They both remain extremely important parts of our leadership group, and can be proud of how they handled the role. Along with our other senior players they will be a great help to Mark as he takes on the captaincy for the new season, and we’re in the privileged position of having a wealth of leadership experience.

On Wilson, the 19-times-capped England international, Richards said: “I know how much this means to Mark, and what a great job he will do.

“He has captained the team many times on an interim basis, he’s a natural leader and someone who commands instant respect through his own actions. He has made the step up into international rugby on the back of sheer hard work over a consistent period of time, and it’s great to have him back.”

Speaking of his delight at taking on the captaincy, Wilson said: “I’m massively honoured to take on the role. I’ve been with the Falcons since I was 14, so to get the chance to captain the club is a privilege.

“Although I’ll have the ‘C’ next to my name it’s important to realise we have some unbelievable leaders within the team who have a lot of experience, and have played more than 100 or 200 games for us. It’s definitely not a case of one man being captain and taking on the whole thing without any help.

“Will Welch captained the side for years and I’m excited to work alongside him again, plus guys like Micky Young and George McGuigan, who led the team so well last season. It’s really interesting speaking to all of them to get their feedback on how they found things, and we’ve got a fantastic senior leadership group with guys like Toby Flood also involved.”

Back with the Falcons after a one-year loan spell with Sale Sharks, Wilson said: “It was a great learning curve, although it obviously didn’t pan out how I would have wanted in terms of the amount I was able to play for them.

“I would’ve loved to have had the opportunity to put my best foot forward for them on more occasions, but that was outside of my control. It was still a great experience, I learned a few things from some top players there and worked in a different environment. Coming back to Newcastle, hopefully I can use that knowledge and look to help take the club forward.”

The early end to last season and the late start to the 2020-21 campaign has meant an extended off-season for the Falcons, who will have waited eight months between games when they eventually kick off the Gallagher Premiership on the weekend of November 20-22.

“There’s a really good feeling around the place,” said Wilson, whose side will play pre-season friendlies against Ealing Trailfinders on November 7 and 13.

“Everyone has turned up with a really good attitude for pre-season, the boys seem to have trained hard during lockdown and they arrived back in unbelievable nick. I’ve also been really impressed with the quality of the young lads we’ve got coming through, and I’m just loving being back.

“People might debate whether it’s a good or bad thing that we’re not playing at the minute when the other Gallagher Premiership clubs are getting in a load of games, but I agree with what our new defence coach Nick Easter said in an interview I read with him recently. He was basically saying this is a great period for us to just learn loads from what’s going on around the league, like the new breakdown interpretations, and also get a good gauge of the opposition we’re going to face.

“We’ve got an extended period of time to put in a really good pre-season, and to create a style of play which enables us to compete strongly against every team.”