Home / Latest News / Transfer news: Bath’s search for a No.10 and a new job for Ed Griffiths

Transfer news: Bath’s search for a No.10 and a new job for Ed Griffiths

Posted on 22nd September 2020 by admin in Latest News, Premiership 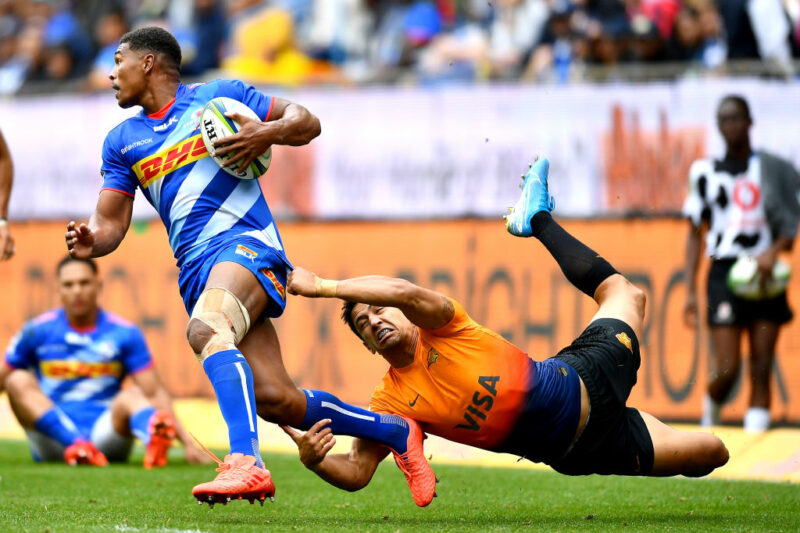 BATH are showing interest in luring Stormers star Damian Willemse to the Rec as director of rugby Stuart Hooper steps up his search for a new fly-half.

Springbok Willemse, 22, had a three-month loan stint at Premiership and European champions Saracens from September 2019 onwards as cover for the injured pair Alex Goode and Max Malins.

In December he then extended his contract with the Stormers until 2021 despite interest from several clubs, including Bath, who were all interested in bringing him to the Premiership permanently.

Willemse, who can also play at full-back and has a World Cup winner’s medal, has won six Springbok caps which he could add to this autumn.

He is likely to be given a chance to back-up Elton Jantjies with Handre Pollard facing six months on the sidelines with the serious knee injury he picked up playing for Montpellier.

Hooper has been trying to sign a series of top-class fly-halves since the start of the year but has not had any success in tempting them to the West Country.

The Stormers are unlikely to allow Willemse, who they see as one of the most gifted players in their back division, leave the club which would send Hooper back to the drawing board again.

FORMER Saracens chief executive Edward Griffiths is the latest name to appear on the RFU’s list of registered agents.

Griffiths, who has been advising Championship clubs, runs a company, Advantage Sports Management, and has been representing cricketers.

Premiership talent set to be poached by Top 14 clubs

FRENCH clubs are set for a major shopping spree in the Premiership next summer after targeting players who are unhappy at being forced to take pay-cuts.

The Rugby Paper understands that Top 14 sides are ready to launch a major drive for English talent and have already started to look for players who are interested in moving.

Gabriel Ibitoye, right, left Harlequins this summer to sign a two-year deal with Agen and the 22-year-old is unlikely to be the last player to cross the Channel.

Ibitoye scored a brace against Castres on his debut and French clubs are sensing that players are now more willing to make a move after being forced into 25 per cent pay-cuts.

English players have been reluctant to move to France because they would rule themselves out of international selection, but some are now having second thoughts.