Posted on 8th September 2020 by admin in Latest News, Premiership 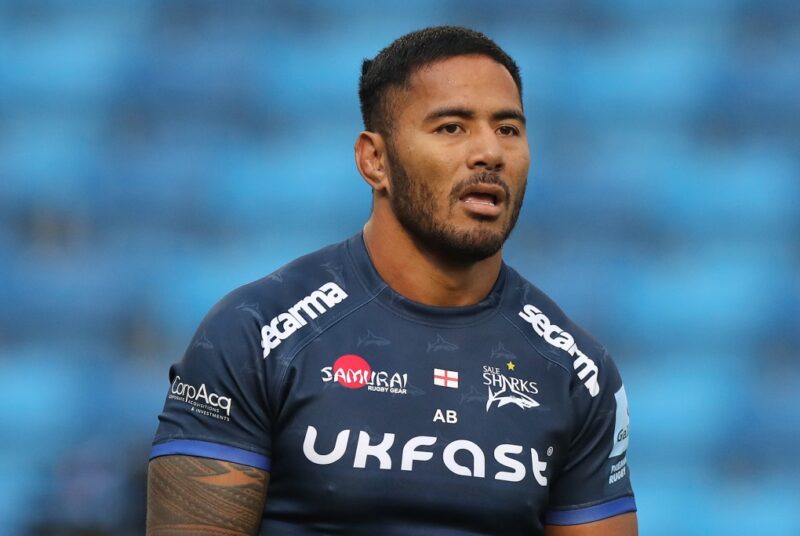 STEVE DIAMOND has said that Premiership play-off chasers Sale Sharks will be waiting until after Christmas before sitting down with Manu Tuilagi to open talks on a new contract.

The England and British & Irish Lions centre made a move to the North West this summer after declining to take a pay cut after 14 seasons with the Leicester Tigers.

Tuilagi, 29, who is closing in on 50 England caps, made his fourth start for his new club on Saturday at Welford Road.

He signed a one-year contract with the Sharks during lockdown.

His services are likely to once again be in high demand from clubs in France for 2021-22, with Top 14 sides just starting to sort out their recruitment plans for next summer and putting their wanted lists together.

Montpellier have already said they are looking to recruit a centre next summer, but most French clubs are trying to reduce their playing budgets so options will be limited.

Parisian giants Racing 92 made him an offer in 2019 before he opted to stay at Leicester while ProD2 side Beziers were linked with him when they were the subject of a takeover from Emirati billionaires.

Diamond appears to be in a relaxed mood when it comes to starting talks especially as Tuilagi has only just moved to the club and says they are happy to wait.

“No chat, we won’t have any chat until after Christmas time,” Diamond said.