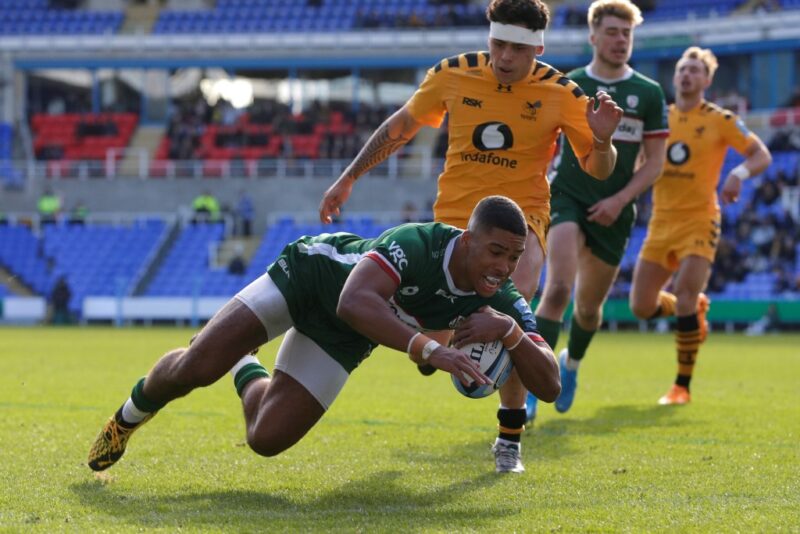 Lineout king van der Merwe and Ospreys-bound fly-half Myler were two of the three-man leadership group that has spearheaded Irish’s strong return to the Premiership, with the Exiles in eighth place and in the hunt for next season’s Champions Cup.

Former England U20 star Loader, 21, says the last man standing of that leadership trio, Blair Cowan, has been one of the big driving forces behind a team comprising Test stars Adam Coleman and Sean O’Brien, as well as a crop of promising youngsters.

“Blair really knows his stuff and how to get the boys together – he is definitely one of the guys who is key to us in terms of their leadership,” Loader told The Rugby Paper.

“He has been around for a while and a number of other guys have got a lot of experience too, like Sean O’Brien and Paddy Jackson. These are guys who have been there and done it and are really keen to have success here at Irish.

“We have leaders all across the park so while we are still focussed on laying the groundwork for when rugby resumes, it doesn’t need one person to be selected as captain at this point. We have guys that are vocal and lead by example. We all drive each other on and it is a forward-thinking environment to be in.”

Widely regarded as the next big thing to come through the Exiles’ proven academy, Loader impressed in his debut Premiership season having starred for  Irish in 2018-19 during their year in the Championship,  scoring 13 tries in 18 games.

Loader’s development has been on an upward curve since and the former Wellington College student says the second tier can help Saracens’ young guns, such as England U20 fly-half Manu Vunipola and wing/full-back Elliott Obatoyinbo, below.

“I know a few of those boys at Saracens and it’s never nice being relegated but as a young guy you have to see it as an opportunity. I’ve no doubt those guys will, too,” Loader added.

“That year in the Championship served a purpose for me and the other young guys here of getting us game time – for a young player all you want to do is play. I felt like I was getting better and better with each game and we really tried to build on the momentum coming back to the Premiership.

“Myself, Ollie Hassell-Collins, Matt Williams and Tom Parton, we all saw the opportunity and knew that every time we took to the pitch it was a chance to show what we can do.

“I have no doubt that in a year’s time guys like Manu and Elliott will be a staple of that Saracens team.”