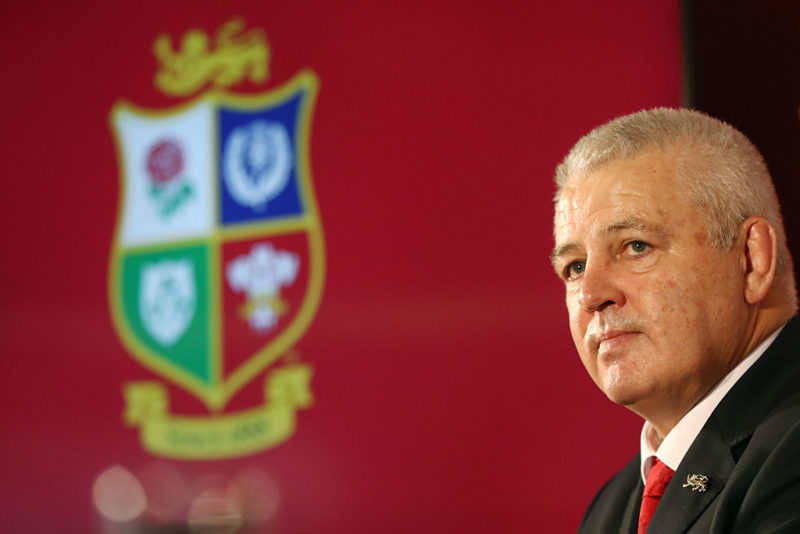 Warren Gatland has been confirmed as the head coach of the Lions for the tour of South Africa in 2021.

Gatland is set to step down as Wales coach after the Rugby World Cup and will formally begin plans for the tour in August next year.

It will be the New Zealander’s third successive tour at the helm of one of rugby’s most prestigious teams, after guiding he Lions to victory in Australia in 2013 and a drawn series against he All Blacks in 2017.

“I’m hugely honoured and delighted to lead the Lions again,” said Gatland, a member of Ian McGeechan’s coaching staff in the last tour to South Africa in 2009.

“It is exciting and a great challenge to coach the best players from the four Home Nations. The Lions rightly have a truly special place in the game and I jumped at the chance to be involved again when I was approached about the role.

“South Africa is a special place to play rugby. They have some of the most iconic stadiums in the world which will be packed full of passionate fans, and the Springboks have shown in recent times that they are back to being one of the dominant forces in the game.

“Having toured there in 2009 I know the scale of the task ahead of us – playing in South Africa presents a number of unique challenges such as playing at altitude, while the Boks will always be physical, aggressive and highly motivated.

“History tells you it’s a tough place to tour, but I am 100 per cent confident that we can go there and win – I would not be here if I thought differently.

“I’m delighted to now have everything in place to begin full-time in August 2020 as that gives me the best possible chance to plan for South Africa, but for the time being my focus is entirely on the Rugby World Cup and delivering a successful campaign for Wales.”

Identified by the Lions board in April as their ideal candidate, terms agreed with Gatland will allow him to take another coaching job with a separate organisation in the interim.

The 55-year-old has been linked to roles at national and club level in France, while a return to his native New Zealand has also been touted.