Home / International Rugby / Test Rugby / British and Irish Lions Tour / No Sam Warburton, so who does Warren Gatland feel could be Lions captain in 2021?

No Sam Warburton, so who does Warren Gatland feel could be Lions captain in 2021? 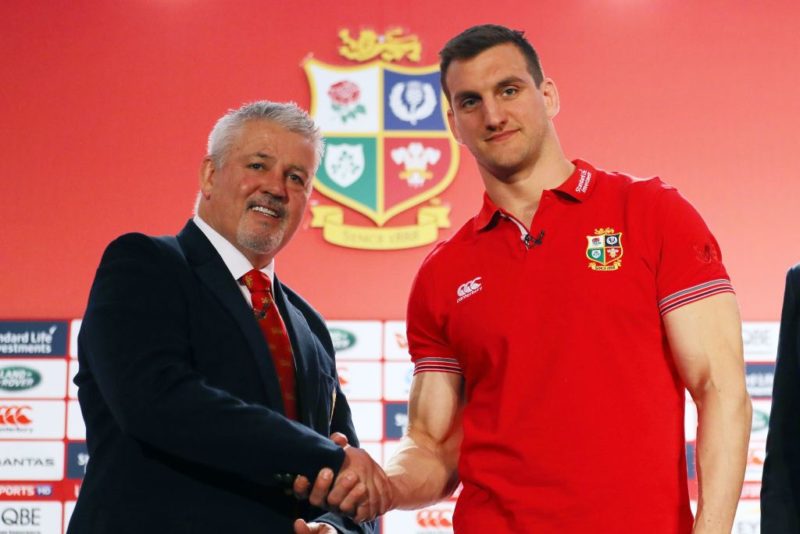 A key decision awaits Gatland as he will have to plan for a tour without Sam Warburton, the winning captain in 2013 and guiding the Lions to their best finish in New Zealand since 1971 with a drawn series two years ago.

With Warburton’s retirement from all rugby last July, an opportunity presents itself to two previous tourists who, Gatland feels, breed success.

“It’s got to be someone who has the respect of everyone in the squad,” Gatland said at the press conference confirming his appointment as head coach.

“Ideally you want someone who is coming from a team that is performing well and has been successful.

“Alun Wyn Jones comes to mind at the moment in terms of what he has achieved in the game.

“Owen Farrell has definitely been incredibly success as well.

“Potentially those two players would be the ones you would talk about if you was picking a team right now.

“But two years away is a long time and you never know what’s going to happen in the game; who comes to the forefront, who has been successful and who are the potential candidates?”

The last tour to South Africa in 2009 saw a straight shootout between Ireland’s Brian O’Driscoll and Paul O’Connell for the honour, with the latter being named captain by Ian McGeechan.

On his experience of leading the team in the 2-1 series defeat, the iconic second row forward said there can be no half measures.

“Playing with your province and your country, you’re in a comfort zone. You know the people very well; you’ve had your ups and downs. You come over here and you really don’t know each other that well, and to become a team that can beat the world champions in the back yard you have to build relationships and the senior players have to contribute a lot to that.

“With the Lions, it’s about compromise. It’s about buying 100% into what the thing is about, because if you don’t, the difficulty of creating a side from scratch in such a short time is bound to be too great.

“It was very hard to figure out what captaincy would have been like before the tour, but I must say I’ve enjoyed it.”