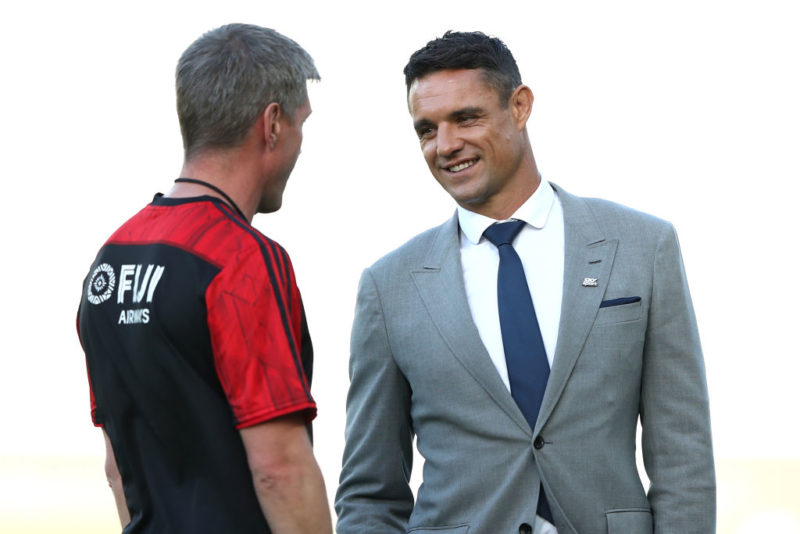 Former All Black and current Kobe Steelers fly-half Dan Carter has revealed he will be releasing a feature length documentary film about his personal life and rugby career.

Coming later this year, the 37-year-old follows ex-teammate Richie McCaw in working on a project to release a documentary.

Switching Racing 92 for the Japanese Top League after three years in Paris, Carter shared what he had been working on away from the rugby pitch for the best part of a year.

“Excited to share with you guys about a project I’ve been working on over the past 12 months,” Carter posted on Instagram.

“A film will be coming out which gives a deep insight into my personal life, my career and particularly my challenging road to the 2015 Rugby World Cup.

“It will be in cinemas in New Zealand on August 29 and I’ll be sure to share the details for my international friends soon! Official title and trailer to come.”

Carter overtook Jonny Wilkinson to become the highest points scorer in international rugby history in 2010, but was deprived of playing in a home World Cup in New Zealand a year later due to a torn groin tendon.

That setback was interspersed with winning the IRB World Player of the Year in 2012 and the birth of suphis two sons; Marco in 2013 and Fox in 2015.

Bringing the curtain down on his 112-cap international career with the Webb Ellis Trophy at the 2015 Rugby World Cup. The former Crusader scored 19 points as New Zealand beat Australia 34-17.