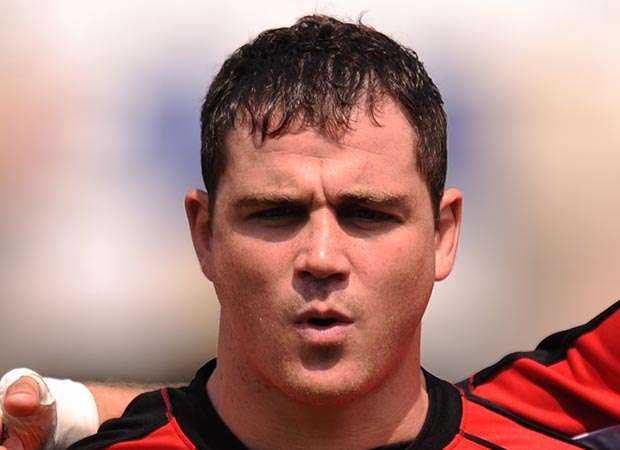 Enjoyed that win in Nottingham last week?
It was a good win for us. It was a long way to go which made the job difficult but we got stuck in and got the job done.
How do you look at the British & Irish Cup?
We always looked at the B&I Cup as a competition to build momentum and potentially win silverware. We won our first two games against two Championship teams and we hope we can take our form back into the league today.
Do you feel refreshed going back to the league?
We know where we stand right now and that’s at the bottom of the table. We have a lot of work ahead of us and it starts today against Bedford. Hopefully we can turn them over and climb back up the table.
Are you worried?
No nobody’s worried just yet. It’s a long season and we’ve got time to turn things around. It’s good that we got those two wins in the Cup. Some of the young guys did well and it’s pushing everyone in the squad harder. That’s the kind of spirit we’ll need to get out of this situation.
What areas do you need to improve?
We showed we have a good defence last weekend but we didn’t take our chances in attack. We could have scored three more tries if we executed better at times. If we want to get on the right side of the scoreboard, we need to become more clinical in the opposition 22.
What do you expect from Bedford Blues?
They like to throw the ball around so we have to shut them down and take them out of the game. We’ve got a good record against them too so let’s hope it carries on.
How long have you been back from the World Cup?
Five or six weeks. I had a couple of weeks of after I came back because I picked up a knock to the head but I’m all good to go now.
How was the World Cup with Canada?
It was an awesome experience. It was my third and England did a great job at organising it. Shame we couldn’t get the results we wanted. We should have won two games against Romania and Italy.
That game against Romania was pretty weird wasn’t it?
We had them on the rope leading 15-0 with not long left on the clock. We started making a lot of mistakes and we ended up losing 17-15. That was tough!
Can you play in the next RWC in Japan?
I’ve been asked that question a couple of times already and I’m just taking it one week at a time.
Would a permanent switch to hooker help in that aspect?
Maybe. I’m happy to do whatever is best for the team. Right now we need a No.8 so that’s where I’ll play for now.
How did the switch come about?
Two years ago the coaches at the Pirates and Canada asked if I was happy to try it out and it went from there.
Is it hard to keep switching between the two positions?
It can be tricky but I don’t worry about it too much. I usually focus on the hooking role because the No.8 duties come naturally to me.
What about hooking in the scrum?
It’s going well. We’re working hard on getting the ball in and out quickly and it’s going pretty well at the moment.
Third year at the Pirates?
Yes and I really love it here. The community is great and Cornwall is a great place to live. There are lot of things to do with the family when I’m not playing.
If not rugby what would you be doing?
I’d probably be a school teacher.
How do you chill outside rugby?
We go to the beach or the zoo. There are a lot of them around here.
Three special dinner guests?
I’d like to have a chat with Richie McCaw and ask why he’s retired because I’m pretty sure he’s still got it. I’d also like to invite Donald Trump and ask him what he’s up to. I’d ask Vladimir Putin the same question.
Best and worst banter at the Pirates?
Jake Parker is the best but the worst is John Stevens.
Best and worst dressed?
Craig Holland has to be the best while Bertie Hopkin is the worst.