Posted on 5th June 2020 by admin in Columnists, Features 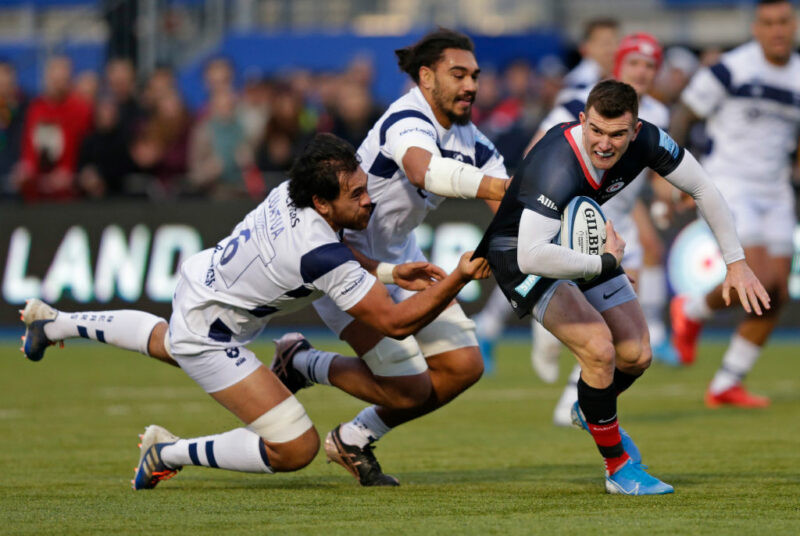 According to the American business magazine Forbes, there are around a thousand people in the world blessed with a healthier bank account than the Bristol owner Steve Lansdown.

As one of them happens to be Sir James Dyson, who helps finance neighbouring Bath, a short stretch of the A4 in Somerset has become the rugby equivalent of Billionaire’s Row.

Sadly, the other 999 are not falling over each other in the rush to throw money in the direction of a Premiership team.

Jeff Bezos is somehow resisting the temptation to buy a controlling stake in Worcester – inexplicable, but true – and with Warren Buffett continuing to find reasons not to fall in love with the ample charms of Leicester, the two high-on-the-hog West Country clubs intend to extract full value from their current advantage.

Their refusal to contemplate a coronavirus-driven reduction to the current salary cap did not result in a pandemic of shock and the radar of surprise remained steadfastly blip-free when Lansdown, who will soon have Semi Radradra and Kyle Sinckler on his payroll as well as Charles Piutau, stood against the scrapping of the “marquee” player dispensation.

Lansdown, whose sporting portfolio also includes the Championship football club Bristol City, is well versed in the art of nuanced argument: he is on record as supporting the principle of a salary cap and in a BBC Rugby Union Weekly interview a week ago, he suggested that soccer owners might embrace the idea to “protect ourselves from ourselves”.

True to form, he sought to frame his rugby argument in terms of the greater good.

This was the moment to “foster and encourage ambition” rather than “take a backward step and stifle progress”, he opined, before anointing the Premiership as the “best rugby competition on the planet” and warning that “removing the best talent would dilute the appeal and impact on its ability to compete in the global market”.

For all his subtlety, this was a pretty orthodox expression of free market fundamentalism from a man who made his fortune in financial services. What did you expect? The Communist Manifesto?

Ashton Gate may have hosted the Labour Party leadership hustings a few weeks ago, but the last time anyone checked, Lansdown was not a paid-up member of Momentum.

Leaving aside political and economic theory, was Lansdown right to claim supremacy for the Premiership? What does “the best rugby competition on the planet” actually mean? And even if the claim is justified, will it stay better than the rest for long without a levelling of the financial playing field?

One indicator of quality might be success in Europe, but the three Champions Cup titles won by Saracens between 2016 and 2019 do not smell quite as sweet as they once did and we have to go all the way back to 2007 to find the previous English winners.

How about pizzazz? The PRO14, or however many it is these days, might land a blow here – Leinster play some beautiful stuff, as do Glasgow on a good day, and Munster are less agoraphobic with Stephen Larkham as attacking strategist – but the tournament is a dog’s breakfast, made all the more canine by the pointless presence of two teams from that Celtic outpost of South Africa.

As for tradition and tribalism, the French win hands down. They also have a better bonus-point system and a football-style “pyramid” league structure that actually does what it says on the tin, so they are ahead on the systems front too.

Which leaves competitiveness. Again, the French can claim victory. Eight different clubs have won the Bouclier in the last 20 years – the Premiership tally is seven – and no team has successfully defended the title since Toulouse in 2012.

On this side of the water, Saracens have won four of the last five completed championships.

This leads us back to Lansdown’s determination to keep spending high – far higher, as even the hound in the street knows, than the Premiership’s wider business model is able to sustain.

Is this really what we want – a couple of megabucks clubs lording it over the great unwashed?

A glance back at France will reveal that in football, Paris St Germain’s budget is almost twice that of Lyon, the next richest club in Ligue 1, and over 20 times that of Nimes, the most brassic of the have-nots.

Guess what? The Parisians have won seven titles since 2013 and finished second on the other occasion. What could be more fascinating than mind-numbing predictability? Nothing. Apart from everything.

Look around the football scene, which plenty of rugby chairmen venerate as a licence to print money, and you see a whole bunch of foregone conclusions. Bayern Munich win the Bundesliga? Blow me down with a feather. Juventus win Serie A? Whoopee-doo. Meanwhile, up in Scotland…

America, that well-known hotbed of equality and neo-Marxism, appears to do things differently.

In Gridiron, with its hard salary cap, there have been 13 different Superbowl winners since 2000.

In baseball, with its competitive balance tax, there has been a similar spread of World Series champions.

We can only pray that the penny drops over here, before the pounds disappear for good.