Home / Features / Columnists / What has gone wrong with the once-mighty Leicester Tigers?

What has gone wrong with the once-mighty Leicester Tigers?

Posted on 13th May 2020 by admin in Columnists, Features, Nick Cain 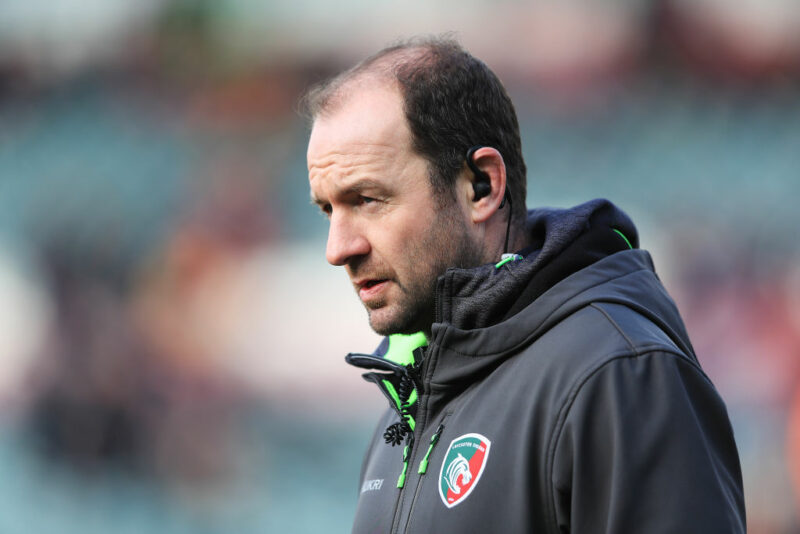 THE idea of Leicester Tigers being relegated was inconceivable when they won the last of their Premiership titles in 2013. The fact that in the four preceding seasons they had been English champions on two more occasions, in 2009 and 2010, as well as runners-up in 2011 and 2012, explains why.

In the intervening seven years, the decline of the club as a playing power has been so dramatic that this season the idea of the Tigers taking the drop was not just a case of the unthinkable being thought, it was considered to be a safe bet.

Even Leicester fans, who are among the most loyal, and partisan, to be found in any sport, have acknowledged that if Saracens had not been automatically relegated for a salary cap breach, they were the most likely side to go down.

They had been given prior notice because last season the Tigers finished in 11th place in the league, only securing survival in the last knockings after a 27-22 away win over fellow strugglers Newcastle, who were later relegated.

It is a sign of the troubled times at Welford Road that an inspired two-try performance by Guy Thompson, which was critical to that victory, did not prevent the flanker being shown the door a few weeks ago.

Although that basement finish was unprecedented, the signposts that the club was on the skids had been around for some time – including chairman Peter Tom, and head coach Geordan Murphy being harangued during matches at Welford Road by Leicester fans furious at the club’s falling standards.

It was, therefore, not entirely unexpected that the week after England lost the 2019 World Cup final, Leicester were already at the foot of the Premiership table after three defeats in four matches.

They got their first reprieve when Saracens were hit with a 35-point penalty, but with eight rounds played they were only 18 points adrift of Leicester just after Christmas, and, despite the handicap, were closing fast.

The Tigers got their second reprieve with the announcement in mid-January that the Premiership owners had insisted on Saracens being relegated – and approved a further 35-point deduction to ensure they could not dig themselves out.

Even so, Leicester still managed to lose against a side that had nothing left to fight for, going down 24-13 to Saracens when round 13 of the Premiership was played just before the coronavirus lockdown.

Two great escapes in the last two seasons tells of a staggering nosedive in the fortunes of a club which is still the best supported in England, with average gates at Welford Road of just over 19,000 last season, as well as a season ticket-holder base of more than 10,000.

Leicester is at the heart of English rugby geographically, and also spiritually. The Tigers have produced a list of England internationals that stretches back through the rugby ages.

This is highlighted by the depth of their contribution in the modern era through outstanding players like Peter Wheeler, Dusty Hare, Clive Woodward, Paul Dodge and Les Cusworth in the 1970s-80s, Dean Richards and Rory Underwood in the 1980s-90s, Martin Johnson, Neil Back, Lewis Moody, Ben Kay, Martin Corry, Tony Underwood and Austin Healey in the 1990s-2000s, and since then, Tom Croft, Manu Tuilagi, Dan Cole, Tom Youngs, Geoff Parling, Toby Flood, Ben Youngs, George Ford and Jonny May.

However, even with a list of illustrious players stretching round the block, as well as a 25,800 capacity stadium in the heart of Leicester, which they own, and planning approval for a new hotel adjoining it, there were no takers when the club was put up for sale last June.

The figure mooted was £60m – and although a spokesman said, “there was quite a big expression of interest” – news emerged in March that the Tigers were no longer ‘for sale’.

So, where has it all gone wrong for Leicester? As with most teams which are waning, it starts with a gradual erosion of culture which can quickly become a landslide.

Last year, Moody, a former England captain who was once one of the club’s favourite sons, said that during the last six years Leicester had made a serious mistake by putting the emphasis on buying-in players, rather than developing them.

Moody, whose commitment earned him the nickname “Mad Dog”, said that the Tigers academy, which nurtured players like him, had been down-graded in the list of priorities. He added that the club has paid the price, with a merry-go-round of imports diluting the bonds between Leicester and the surrounding community, that has given the club its identity and strength.

Any objective analysis suggests that Moody has put his finger on a major fault-line, which is a shift from a settled squad with strong local connections to one built on a transfer carousel, with players who are drawn from all over the globe constantly jumping on and off.

While Leicester have bought star overseas players to the club ever since the start of the pro era – with Joel Stransky and Waisale Serevi early examples – they were always part of a judicious blend between homegrown and imports.

That policy appears to have been in place until about halfway through Richard Cockerill’s eight-year tenure as coach/DoR from 2009 to 2017.

During that time Cockerill – who had inherited a steady flow of promising young players from the main academy coaches, Hare and Andy Key – took the club to the five Premiership finals mentioned earlier.

Each of these Leicester teams were a mix of players, local and overseas, but what stands out most is that while there was a transition, it was gradual – only 49 players appeared in the Leicester 23-man squads that contested those five finals.

That means an average of only six to seven players changing from one final to another from 2009 to 2013. That level of continuity – with an average of 16-17 players in Leicester’s match squads remaining from the previous season – is priceless in terms of team cohesion.

An obvious conclusion is that it played a big part in the Tigers consistency and success over that period. However, around 2014 there are clear signs of a policy shift, which indicates that the number of academy players coming through into the Leicester senior squad was reduced significantly, especially in the three years prior to Cockerill’s departure.

This overlapped with the exit of experienced academy coaches Key (in 2008), and Hare (in 2010) – which led, in turn, to the conveyor belt of talented youngsters from Leicester’s local catchment area starting to stall three to four years after they left Welford Road.

In two more seasons, 2014-15 and 2015-16, there were a total of seven academy players brought into the senior squad, although four appeared to have been young overseas players whose contracts were not extended.

The indications of a renewed emphasis on the academy has emerged over the past two seasons, with four youngsters, loose-head Owen Hills, centre Charlie Thacker, No.8 Fred Tuilagi and full-back George Worth brought into the senior squad in 2018-19.

Legendary Leicester and England full-back Hare, who returned from a highly successful seven year stint at the Northampton academy (2010-2017) to become Tigers chief scout three years ago, hands the plaudits for the Leicester production line re-assembly to others, such as academy manager Dave Wilks, head coach Matt Smith, and head of performance pathway, Ged Glynn.

“They have done a good job,” Hare says. Yet, it is fitting that the system that he left in good working order before departing for Franklin’s Gardens has cranked back into life since he returned.

This injection of fresh blood is a shard of sunlight cutting through the gloom, but it also shines an unforgiving glare on the constant roulette-wheel spin of coaches and players which has made the club’s movers and shakers look like a bunch of desperate Las Vegas punters.

Since Cockerill’s sacking in January 2017 Leicester have had three more head coaches, with a fourth, Steve Borthwick, leaving his job as England forwards coach to succeed the current incumbent, Geordan Murphy on July 1.

Murphy will then move into the director of rugby role. This will add another tier to a Leicester decision-making structure which has been criticised heavily for being too convoluted, with chairman Tom, chief executive Simon Cohen, performance pathway head Glynn, head of elite performance recruitment Jan McGinity, not to mention Murphy and Borthwick, all wanting a say.

The lack of clarity was evident in the ousting of Cockerill. The Leicester board’s decision to bring in the former All Black and Tigers centre, Aaron Mauger, in an attempt to wed a more expansive style of rugby to a Leicester culture based firmly on forward domination – which was part of Cockerill’s DNA – backfired when the two coaches failed to gel.

However, although Cockerill was the first to go, the muddled thinking at board level continued when Mauger’s all-singing, all dancing plans were scrapped, with the Kiwi turfed out only three months later.

Next in line was Matt O’Connor, when the Australian, who had been Cockerill’s assistant in winning the three titles from 2009 to 2013, returned from Leinster. O’Connor lasted 18 months before being sacked after the first game of the 2017-18 season had ended in a 40-6 defeat by Exeter.

He was succeeded by the inexperienced Murphy, who has survived two 11th placed seasons and now awaits Borthwick’s arrival. Other coaching changes see Rob Taylor come in as attack coach with Mike Ford switching to defence coach in place of Phil Blake, who left last week.

The squad ins-and-outs have reflected the turmoil in the coaches dug-out with players arriving at the club from all over planet rugby.

In the past seven seasons the number of players who have gone through the doors at Welford Road are 100 arrivals and 122 departures. With such change it is almost inevitable that any club culture would crumble.