Probyn column: Now Eddie Jones can make up for mistakes at the World Cup 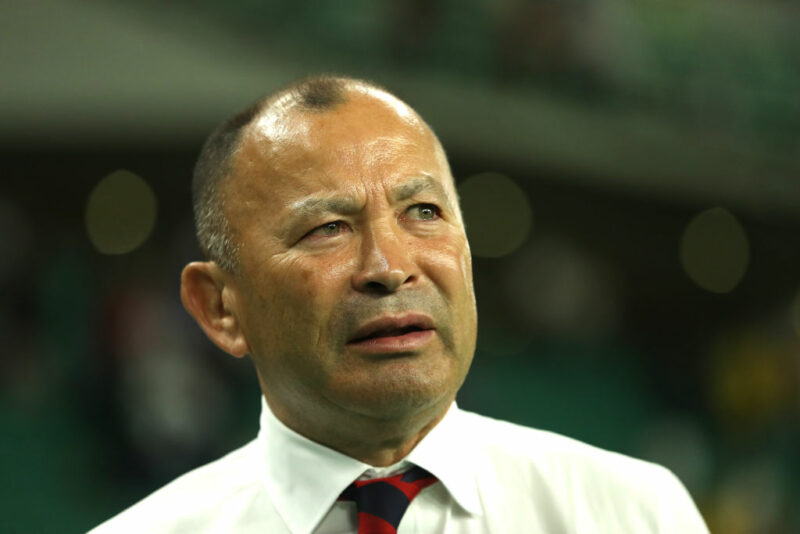 Well I guess it was no surprise that Eddie Jones got his contract extension even if he and many others thought it unlikely.

For Jones this was the first time in his illustrious career that he has retained his position after taking a team to a World Cup. Usually he has managed to maintain his post for around only four years.

As one of the highest paid coaches in the rugby world, there was an expectation that he would bring that little something extra to the England camp as they prepared for RWC Japan, especially because of his understanding of Japanese culture and climate.

Sadly, that wasn’t the case as England fell at the last hurdle by underestimating their South African opponents, something that should never have happened given that Jones had assisted South Africa in their 2007 win.

Jones was expected to stay until 2021 using the two years after the 2019 Cup to mentor his successor before retiring from the game except for the odd consultancy.

However, given the mess at the RFU, it is no wonder that the search for a possible England coaching candidate has been pushed to the back burner.

There have been four CEO’s – Ian Ritchie, Steve Brown, Nigel Melville and now Bill Sweeney – since Jones was appointed in 2015.

Sweeney took up his position only in May 2019 while the RFU were facing a difficult time financially and now the game has been closed down by coronavirus.

This is obviously not the best of outcomes for everyone concerned, but it may in the long term work well for England’s World Cup ambitions, giving Jones the chance to identify the mistakes he has made in each of his previous World Cup campaigns and putting them right for France, although I’m doubtful.

Jones, whether to keep all the players on their toes or not, has said that he will change around 60 per cent of his current squad between now and 2023, which, as England fielded one of the youngest teams in the last competition, looks like it could be change for change sake.

Jones has often said this squad of players could be the best in the world, and that it was a work in progress.

Surely if that were true any change should take place only if a new player proves to be better than the one he is replacing?

I know players of a similar age to me (35) when I played in the ‘91 World Cup are now considered past their prime, but that is not necessarily the case, with many older players showing that experience can make the difference between winning and losing important games.

Speaking of important games, it’s no wonder that teams like Richmond, one of my old clubs, are satisfied with the RFU’s method of awarding promotion and relegation, as they were promoted.

However, I am pretty sure that had that not been the case or if they had been relegated, there would have been a call for promotion and relegation to be frozen for the season, which, in truth, would have been the fairer option.

With the outcome of many league clubs’ futures separated by just a few points between battling to win promotion or avoid relegation, the only results that count are those on the pitch, which nobody can predict.

As far as I know the only club certain of their fate were Saracens and even though Newcastle dominated the Championship, there was still a mathematical chance, however unlikely, of them being caught.

Personally, I think Newcastle going up with Saracens relegated and all other results put on hold would have been the logical thing to do.

For the teams going up there will still be plenty of time to prepare their squads for the challenge ahead, but for the relegated teams the combinations of relegation and financial repercussions of the pandemic could be ruinous.