Harrington column: Top 14 in turmoil with no option to cut player wages

Posted on 8th April 2020 by admin in Columnists, Features 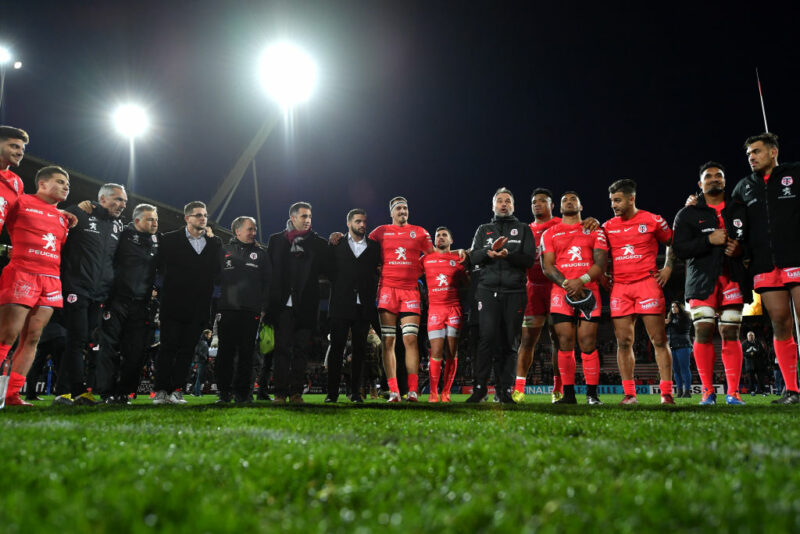 Surviving the current coronavirus crisis is forcing professional rugby in France to take a long, hard look at itself.

In an interview this week, Robins Tchale-Watchou, head of players’ union Provale, said, “there will be a before (coronavirus) and an after” for rugby.

Brive president Simon Gillham concurs. “I couldn’t have put it better,” he told The Rugby Paper. “We’re all going to have to sit down and say, ‘how do we reconfigure this?’.

“There will be change. There’ll be a lot of players on the market. Clubs will be looking again at salaries.

“Everybody has put an absolute brake on recruitment, on spending. Everyone’s cutting back.

Gillham adds: “The most important thing at the moment is to get the virus under control and enable people to get back to some sort of normality. This crisis is affecting everyone, individually. Then there’s also going to be a huge economic crisis that’s going to follow that, once we’ve come out of this. Rugby is secondary.

“Personally, and this is my non-medical, non-doctor view, I don’t see, at this stage, how we can get started sooner rather than later.”

His view again echoed those of Tchale-Watchou who had said: “We have an unknown that complicates the various equations, which is how the health situation will evolve. Depending on when it ends, we may not be able to continue.

“Despite the goodwill of all the different actors, this unknown imposes itself on us.”

It has been estimated that cancelling the rest of the season will cost professional clubs in France up to €100million (£88.2m).

“There will be huge financial implications for all the clubs, and for the league, and for French rugby in general,” Gillham admitted, if the league does not resume.

But he added: “It’s not as bad as some people make out. Club owners and presidents – we’ve been talking to each other an awful lot over the last few days – are incredibly responsible people with an absolute passion for the game.”

The 30 clubs in the Top 14 and Pro D2 leagues are working together to find a way forward for the game once the health crisis eases.

“Not to make any light comparisons, but if you look at the economic crisis of 2008, people rebuilt and survived,” Gillham said. “That’s what will happen. It may take a year, it may take five years. But we’ll get there because people are very responsible.

Every club, even the behemoths of the Top 14, will be affected.

“There are very few clubs who have the means to go on longer than June, July without having a new structure in place,” Gillham said. “Different club owners and presidents are talking about having enough cash flow to the end of the season – and we’re helped with furloughing.”

Clubs in France still bear weightier financial responsibilities to their employees than English clubs. “French law doesn’t enable clubs to do what British law does,” Gillham adds. “Clubs in England have just cut salaries by 25 per cent – Newcastle stopped paying anybody. That’s not possible in France.”

He was confident, however, that professional clubs will come out the other side. “The league is putting into place all sorts of ideas that we’re discussing at the moment.

“Everybody’s rallying round. Nobody’s going to let anyone go to the wall because of coronavirus.”

One possibility may be interest-free or low-rate loans to clubs, but whatever lifeboat options are finally agreed, Gillham said that the LNR will honour its commitments, and that it has strong support from its partners, including pay-TV broadcaster Canal Plus, which has a better current relationship with French rugby than football.

It recently held back a scheduled €110million payment for broadcast rights to French football’s Ligue 1.

“This is the perfect example of force majeure,” a spokesman told AFP at the time. “There are no more matches, so there are no more payments. We are strictly applying the terms of the contract and we don’t see why we would do it any other way. Canal Plus is not a bank.”

Gillham said Canal, which is also paying €97million a season for Top 14 broadcasting rights, will remain a strong partner for the sport.

“Canal Plus loves rugby,” he said. “Canal Plus thinks it gets value for money from rugby. And Canal Plus is a partner until at least 2023. The TV money is not going to go away,” Gillham, who sits on the management board of the broadcaster’s parent company, Vivendi, said.

“There may have to be some sort of rejigging or restructuring of the payment and some sort of compensation that would be drawn out over a few years because Canal Plus will not have any matches to broadcast in the forseeable future.”

No one knows when coronavirus will loosen its grip. France has been in lockdown for almost two weeks, and the current confinement period will remain in place until at least April 15.

The country’s prime minister, Edouard Philippe, has already warned that it may be extended and any return to ‘normality’ afterwards is likely to be slow and gradual.

It will take time, but Gillham said: “There’ll be a whole move to get the machine restarted. I work, among other things, in the festival business and the live business. That’s been hugely impacted obviously – everything’s cancelled.

“Everyone’s desperate to get things going again. Once people have got over not wanting to stand close to somebody, everyone’s going to want to see sport, listen to music, be entertained, go out with friends.”