Home / Features / Columnists / Guscott column: End the 50:22 sideshow and sort out the scrum

Guscott column: End the 50:22 sideshow and sort out the scrum 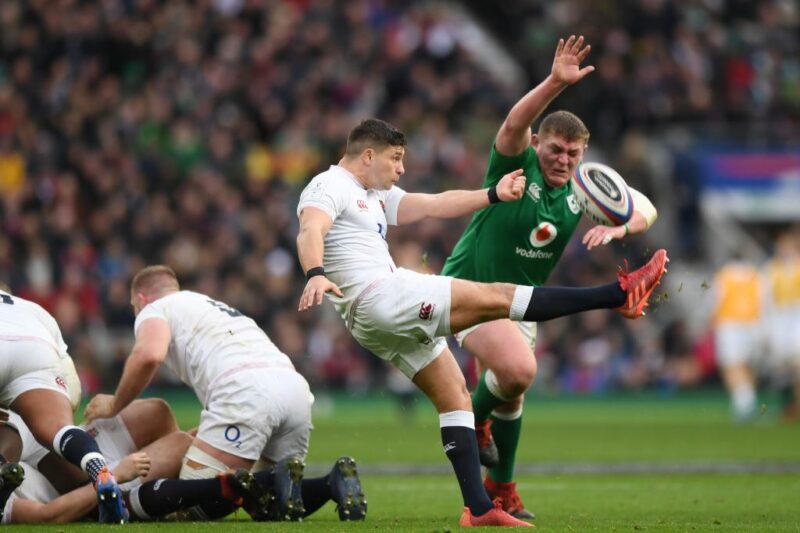 WHAT is the point of World Rugby considering making a new law change like the proposed 50:22 rule – which has been trialled in Australian club rugby – rather than looking at what is staring them in the face in terms of the urgent need to sort out substitutions and scrums?

These are areas that so blatantly require action that it is staggering that the World Rugby council are contemplating steering our 15-man game even further towards Rugby League when/if they meet in May.

The main aim of 50:22 is to open up more attacking space by depleting the defensive line, by copying the 40:20 kick in Rugby League, but my feeling is that it could end up doing neither.

This is aimed at speeding up the opportunity to make yardage, and at the same time force more opposition players to drop back to defend the kick, rather than being in the defensive line.

It is a tough skill to execute, but it will only take wingers and full-backs to cover it at the top level of the game – which is exactly what happens at the moment in terms of tactical kicking to the corners.

I don’t believe it will promote more attacking play anywhere near as much as reducing the number of subs – and while the 50:22 idea isn’t bad in itself, changes to the laws should be prioritised, and this is not a priority.

I cannot emphasise enough that if World Rugby are going to trial anything, especially in terms of opening up attacking space, they should be reducing the number of subs to two per team, and only for injuries.

To see something as important as that, or the urgent requirement to sort out the scrum, sidelined for 50:22 is madness.

If, as a back, or forward, you are fit and skilful there is nothing more mouthwatering than realising you can run an opposing side ragged in the last quarter because you are getting the upper hand in an attritional match.

The game in the forwards was always attritional, and about the survival of the fittest, but there is very little of that left when you can replace six of the players in your pack throughout the second half.

Reduce the subs and I guarantee the game would be much better for it.

There would be fewer injuries, fitter, less heavy players who can play for 80 minutes, more emphasis on moving the ball and running with it – as opposed to the big bash mentality that exists at the moment – and more space in attack.

Most coaches would vote against any changes to the number of replacements, mainly because it gives them the opportunity to make changes if they get their initial selections wrong. However, if they love rugby, and they believe in their own coaching ability, they will acknowledge that there is a better version of Rugby Union than we have at the moment.

All this stuff about ‘finishers’ and ‘starters’ is a smokescreen. In rugby no one wants to be a sub, everyone wants to start.

Some people point out that one of the difficulties with reducing the number of replacements, and only allowing them for injuries, is that injuries can be faked.

The best solution is to tighten the medical protocols, which would mean that any league would have a medical manager who can audit substitutions. If a player is taken off on medical advice a club can be asked to show the medical evidence, including scans, treatment, and projected recovery time. If a club cheat, they could be fined, or have the player suspended.

Where scrums are concerned, the length of time they are taking has got beyond a joke. While health and safety is paramount, what happens is it takes an age to go through the engagement process, and when it collapses players are taking breathers, having drinks and chats with physios or coaches, and re-setting before we have another scrum go to ground.

People are tired of it – it’s boring, and not a great advert for the game. However, it’s fixable, and that’s why it’s so frustrating.

Too many props have their feet too far back, and then when they lock-out the scrum goes down. They should have a bent leading leg, so they are balanced, and at no stage before they push should it lock-out.

Other than that it should be a soft engage – not ramming speed – with front rows staying square and having their head above their hips, and you should be allowed to push only when the ball is put-in.

It should also be put-in straight, as Brian Moore has been saying for years, instead of bloody crooked as it is 90 per cent of the time now.

That way we will have scrums that end quickly and cleanly and provide good attacking ball for the backline. One of the better law changes made since I was playing is that the defensive line has to be five metres back at a scrum, rather than level with the hindmost feet.

That extra five metres encourages attacking play, and it’s proven to be a brilliant addition. I’m all for changes that enhance the game, and open up space.

If you have to go back to make things better, then it makes sense to do so, and that applies to Rugby Union as much as it does to life. That applies to subs as well as the scrum.

There is that saying, “if it ain’t broke, don’t fix it”. However, Rugby Union is being broken, and the best ways to fix it are sort out the subs and the scrum by learning from the past, rather than focusing attention on sideshows like 50:22.