Posted on 14th December 2016 by admin in Featured, Premiership 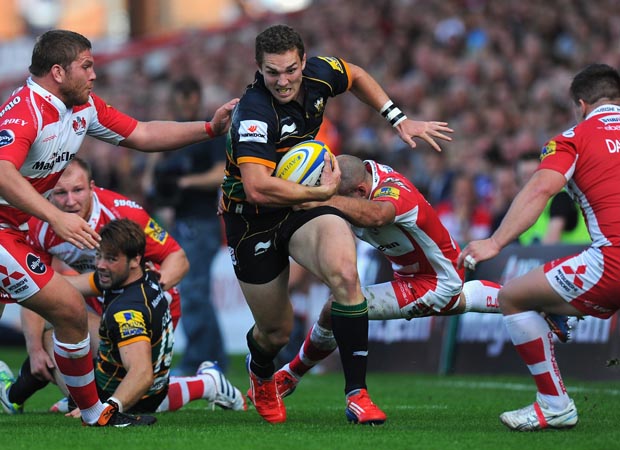 George North must consider retiring rather than run further risk of brain damage, according to an expert on concussion.

“George does have to make that decision,’’ Dr Barry O’Driscoll, a member of World Rugby’s medical committee for 15 years, told The Rugby Paper yesterday.

“If he was playing the sport just for fun, that would be it.”

The Welsh Lion has been knocked out five times in less than two seasons.   On two occasions, for Wales against England, and again for Northampton eight days ago, North has been allowed to carry on playing.

“Anyone who has had three concussions should consider retiring.   George is a great, great talent but he has to face the facts.   The pressures on the lad are huge because this is his career.

“All I can say to him is: ‘Take an appreciable break from the game. Listen to the experts.   Consider the medium and long-term consequences.’

“You have to respect that it’s his decision, his life.  What has happened to George and the way rugby has responded has annoyed me.This is the second time in his case where the game has got it all wrong.’’

World Rugby intervened on the first to demand an explanation from Wales as to why their medics cleared North to continue after his second knock-out of the match.

An official investigation into why North was cleared to continue at Welford Road is due to announce its findings this week. Dr O’Driscoll, a fearless critic of World Rugby’s policy on concussion since resigning in protest three years ago, is in no doubt that the game has failed North on each occasion.

A former Ireland full-back whose nephew, Brian, took more than his share of head blows, Dr O’Driscoll has repeatedly called for the scrapping of the HIA, head injury assessment. The procedure allowed North to resume a mere eight minutes after leaving the field.

“George passed a test which is meaningless,’’ he said.  “It means brain-damaged players are put back on the field time after time.   If you suspect a player of being concussed, you should not have to bother with this test.

“I resigned over this issue and nothing has happened since to make me change my mind. You can see the damage this so-called assessment off the field is causing. If you need that assessment, you need to stay off.

“They keep changing the ground rules but there is no test for concussion that can rule it out in ten minutes or 13 minutes as it is now. It’s Mickey Mouse stuff – so hit-and-miss, so unscientific.   I feel sorry for the team doctors because they are under huge pressure.’’