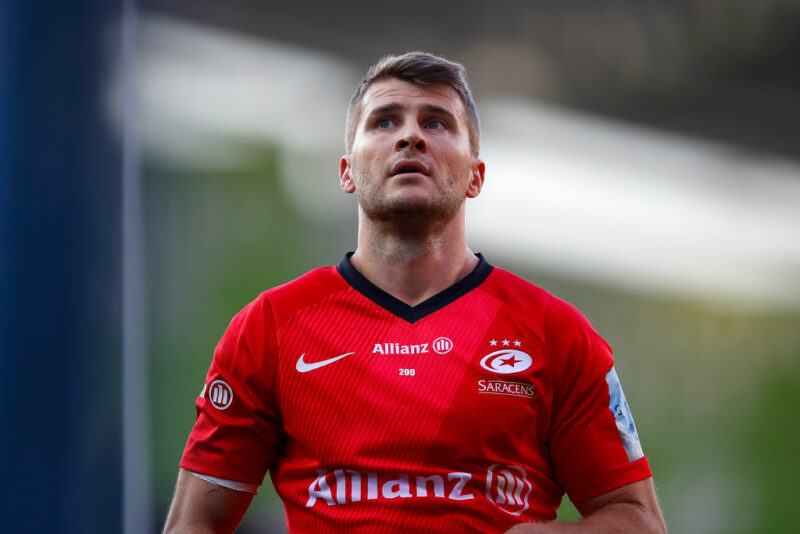 Leicester Tigers have announced the surprise signing of Richard Wigglesworth for the 2020-21 Premiership season.

The veteran England international scrum-half joins Tigers two weeks out from the new campaign, having brought an end to his time with Saracens after a decade spent in north London.

Speaking about the addition of Wigglesworth, Leicester director of rugby Geordan Murphy described the 37-year-old as a “proven winner” and identified the “unrivalled experience” he will bring to a Tigers squad looking to restore itself to the higher echelons of the Premiership.

“He has seen it all, done it all and understands what it takes to be successful in rugby and is a proven winner at the top level of the game.

“Richard has unrivalled experienced in Premiership Rugby, has achieved multiple European success and played international rugby for more than a decade.

“What Richard will bring us on the pitch is only half of it, as his experience and knowledge will also add so much to our young squad at Leicester Tigers and what we are building here in this new chapter of our club’s history.”

Wigglesworth, discussing his move to Tigers, said: “I still feel like I am fit, I’m healthy and can contribute and Tigers is a great fit.

“I’ve never been one to look for an easy option, I’ve always wanted a challenge and this is a big challenge for me.

“Leicester Tigers is the biggest club in the country and I am relishing the challenge.

“It is a club that want to get back to the top and that isn’t easy … but I am not interested in easy.

“I’m looking forward to working with Ben [White], Jack [Van Poortvliet] and all of the young guys at the club,” he said.

“I want to be a positive influence on the young lads and get great satisfaction in seeing young players do well.”

Wigglesworth is a six-time Premiership winner in his time with Sale Sharks and Saracens, and joins new signings Matias Moroni, Joaquin Diaz Bonilla and Jasper Wiese at Welford Road.