Posted on 21st October 2020 by admin in Latest News, Premiership 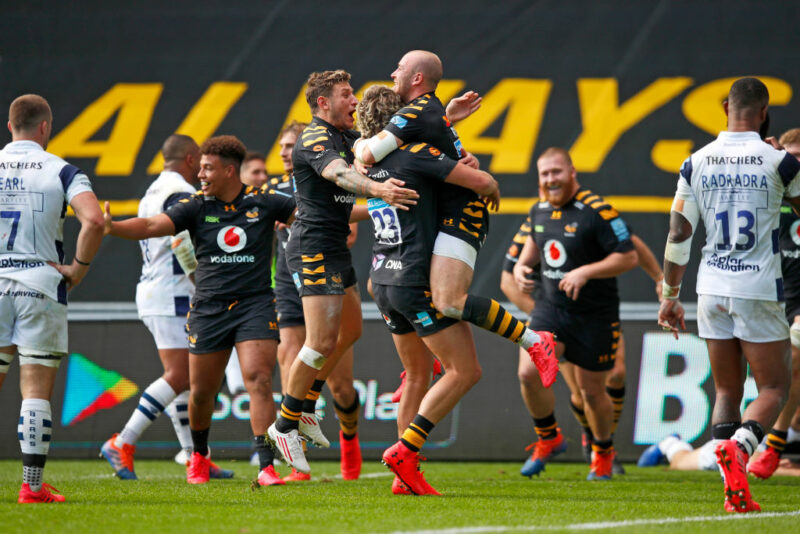 Wasps are to return to training ahead of Saturday’s Premiership final following a round of testing on Tuesday which showed no positive tests for playing or coaching staff.

Anxiety had overshadowed the team’s preparations after an initial number of four positive tests last week were compounded by three more on three more on Monday.

This left a total of seven players self-isolating for Lee Blackett’s side ahead of facing Exeter Chiefs at Twickenham on Saturday afternoon.

Premiership Rugby had made the contingency to have third-placed Bristol Bears fill in for Wasps if the latest round of testing had a single positive test, but that decision has been averted.

Wasps chief executive Stephen Vaughan said: “I would like to place on record my sincere thanks to Premiership Rugby, the RFU, Public Health England and Public Health Warwickshire for their clarity and assistance throughout this whole process.

“As a Club, we are delighted that we can now take our rightful place in this Saturday’s Premiership Rugby Final.

“To all of our fans and well-wishers, thank you for your many messages of support, this Final is for you!”

Wasps’ opponents Exeter have also been cleared for the showdown after recording no positive tests among their playing squad and staff.