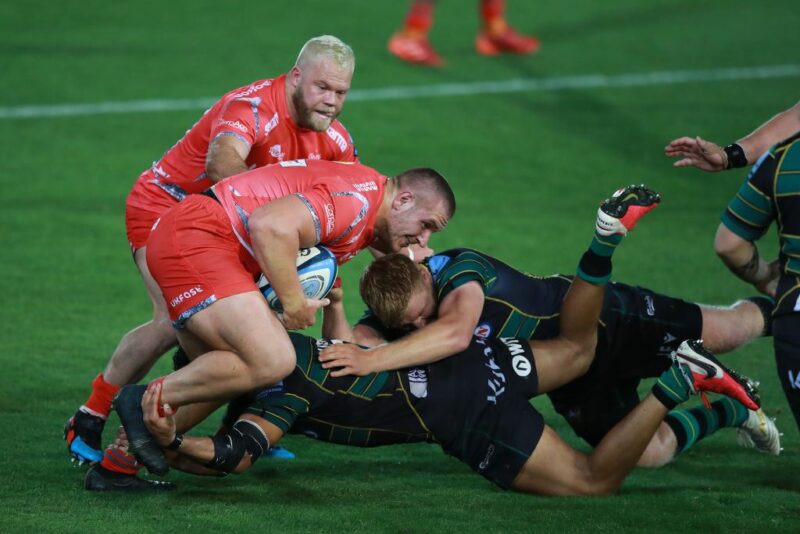 Sale Sharks have forfeited their final Premiership match against Worcester Warriors to end any hope of reaching the semi-finals, after recording eight new positive cases of Covid-19.

Premiership Rugby confirmed six players and two members of Sale staff returned positive test results in screening held on the eve of the match, which was rearranged to Wednesday evening.

Under the league’s regulations, Worcester will be awarded a 20-0 bonus-point victory that leaves Sale out of the semi-finals to the benefit of Bath.

A Sale Sharks statement read: “This is devastating for Sale Sharks, the players and staff with Covid-19 denying the club the chance to challenge for the Premiership title at the final hurdle. Sale Sharks and all involved with the club are determined to come back stronger than ever in time for next season.”

“The owners are very proud of, and grateful to, the players and staff for the effort that has been demonstrated throughout the protracted season and particularly over this past week.

“Sale Sharks would like to thank all its supporters for wishing the club’s players and staff a speedy recovery during these difficult circumstances. They would like to reassure those well-wishers that no-one who has been infected has any serious health concerns at present. The club will continue to ensure that everybody is closely monitored and supported over the coming weeks.

“Although everyone at Sale Sharks is disappointed to see our campaign end in this manner, the club wholly understand that the welfare of players, staff and officials is the most important factor. Throughout the last six months, we have followed the official guidelines and protocols given to us by the RFU and Premiership Rugby, with rigorous testing regimes and safety measures in place to protect everyone connected to the game. Sale Sharks is confident the audit carried out by the RFU over the past few days will confirm this absolutely.”

The news means Sale finish in fifth and Worcester in ninth, as Bath now await an away semi-final against Exeter Chiefs this Saturday.

Sale, who are under investigation bt the RFU and have had 26 confirmed cases over the past week, had released a statement on Monday promising to forfeit the match if they had one positive test prior to their match at AJ Bell Stadium.

“This is the right outcome for the safety of all players, staff and officials involved although we do have sympathy for Sale that such an important match has been decided in this way.

“Sadly, we are playing rugby in the middle of a pandemic and in unprecedented circumstances. While it is desirable to retain the integrity of all competitions as much as possible, ultimately the health and safety of all involved has to be the absolute priority.

“Now we know that our own players are not at any increased risk, our thoughts are with those at Sale and Northampton Saints who have tested positive for COVID-19. We wish them all a speedy recovery and hope that no further cases are reported.”

As a result, the current top four will play out this weekend’s semi-finals, with table-toppers Exeter Chiefs taking on fourth-placed Bath at Sandy Park and second-placed Wasps hosting third-placed Bristol Bears at the Ricoh Arena.