Posted on 30th September 2020 by admin in Latest News, Premiership 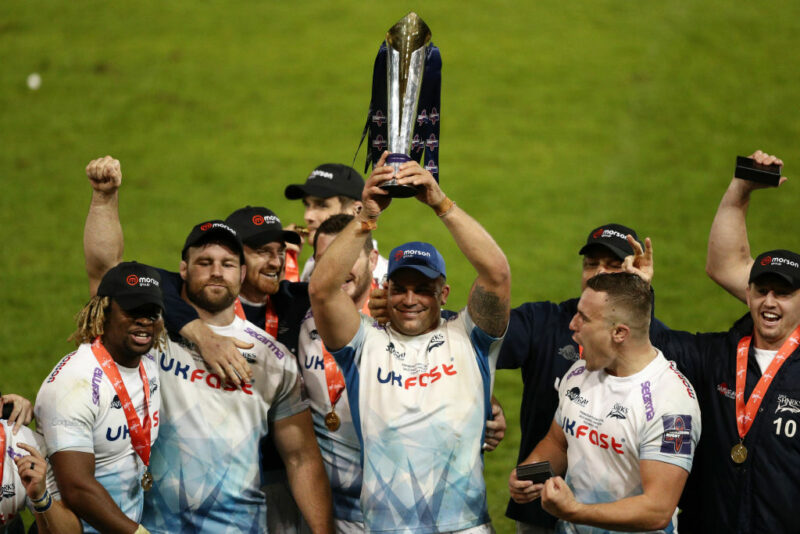 Premiership clubs may seek to delay the start of the 2020/21 season until the New Year unless Government officials relax their policy on crowds.

With a spike in Covid-19 cases forcing the abandonment of plans to allow spectators to attend sporting events from October 1, Premiership clubs are facing a financial Armageddon that could force further redundancies and player wage cuts.

Sale supremo Steve Diamond went as far as suggesting on Friday that rugby could cease to exist as a professional sport, while an increasing number of clubs are reaching the conclusion that starting next season on November 20 may not be a viable proposition.

One leading chairman told The Rugby Paper: “The situation is dire. Where a player pre-Covid would have been able to demand a contract worth £250,000-a-year, he’d be lucky to get £90,000 now and that situation could last for the next five to eight years.

“How many players across the Premiership are we going to lose if clubs are unable to pay them?

“Premiership clubs will have to take harsh decisions to reduce their squads and that will be the next move. If they can’t have crowds until next March or April, you either have to cover those losses out of your own pocket or you’ve got to reduce your numbers.

“There are clubs with lots of money and an element who can just about balance the books, but some are on the verge of breakdown. It’s almost inevitable you will see some failures and if there are going to be no crowds, it really makes no sense to be playing.”

With further high-level meetings between government officials and leading sports bodies due to take place in early October, the outcome of those talks will be crucial in determining whether the 2020/21 Premiership season can begin on its planned date.

Delaying the new season would create a massive conflict with the British & Irish Lions but some clubs feel there may be no choice if they are to stay afloat.

Our club source warned: “Clubs can reduce wage bills and cut numbers, but without crowds we’ll still be haemorrhaging money so what are we going to do?

“We’re playing with no crowds at the moment to keep the TV companies happy, but my guess is that we could delay the new season until the New Year. Unless the government allows crowds or comes up with a rescue package, the whole thing isn’t viable.”