Posted on 11th September 2020 by admin in Latest News, Premiership with 0 Comments 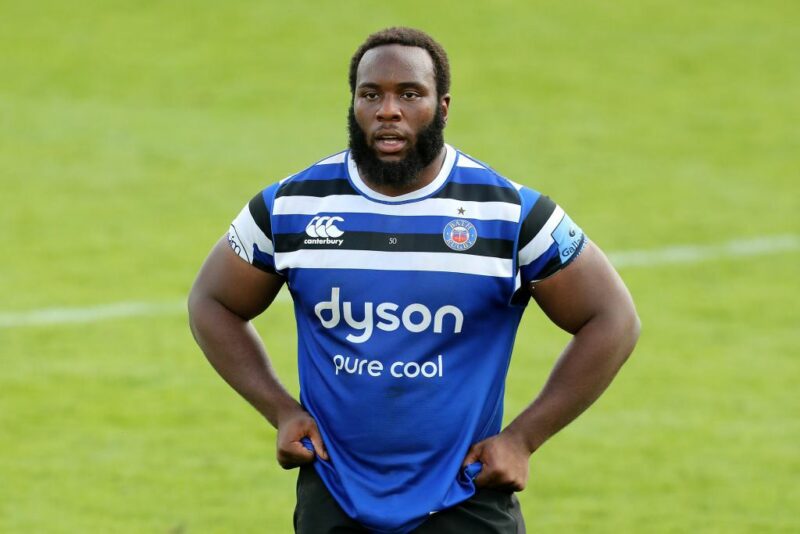 BENO OBANO relished the opportunity to put his feet up during lockdown but he’s now enjoying making big strides and delivering man-of-the-match performances for Bath.

The happy-go-lucky 25-year-old is part of a stampeding Bath front row that has three players listed in the top seven for carries by props. Obano, with 92 carries (up to Round 18), is top of the lot, Bath colleagues Will Stuart and Lewis Boyce are third and seventh.

The bad news for opponents is that Obano feels they have plenty of running left in them yet.

“I think when the club recruited the front row we have now, there was a big emphasis on people who could play with the ball in hand and who could do more than traditional front row jobs,” he said.

“When you have people like Boycey and Will Stuart, who are good with the hands, and (hookers) Jack Walker and Tom Dunn, it is going to happen in games. Spaces will open up and the players will be able to make good decisions because they have that skillset.”

The slick interplay between Bath’s big ball carriers has been matched by some impressive scrummaging displays.

Creating a solid platform upfront was one of the first goals Stuart Hooper set out when he became DoR, and they are starting to deliver.

However, outside of the club, expectations of anything other than midtable mediocrity remain relatively low.

“Let’s keep going with that, no-one mentions Bath and the next thing Bath win the Premiership,” said Obano, in a typically jocular way.

“We still look good, but we haven’t delivered in previous years. I think that’s probably why people don’t speak about Bath as much. But there comes a time when you have to deliver, and I think we are getting close to that time.

“We’d always be able to play really well in certain games, particularly against a big team, then we’d go away the following week and not perform that well, and that was like a consistent theme for a few years.

“I am not saying it has gone away but we are working in the right direction, and we’ll find out in the next few weeks if we have got better at delivering consistently good performances.”

“I liked the peacefulness of it (lockdown), the actual fact you didn’t have to do much, I really did enjoy that, everything slowing down.”

Obano has slowed down when it comes to interests outside of rugby, putting his rapping skills and other musical talents (he’s a grade seven trumpeter), to one side in the pursuit of excellence and a first England cap alongside his cousin, Maro Itoje.

“There are always things to improve on. Even if you get really good at stuff, you still think, ‘I can still get better at this.’ That’s the way I view it.”