Posted on 24th July 2020 by admin in Latest News, Premiership 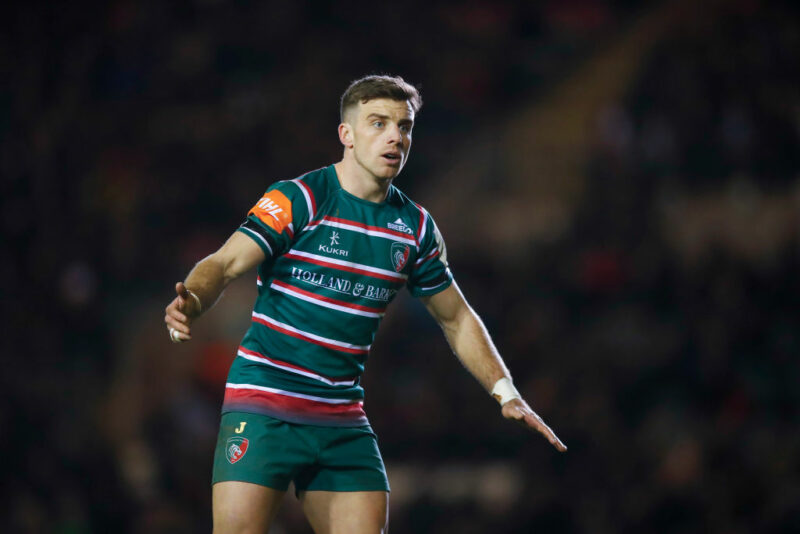 GEORGE FORD says he is sad to see friends such as Manu Tuilagi and Kyle Eastmond move on, but is excited at the prospect of playing alongside Fijian behemoth Nemani Nadolo.

“I played against him a couple of times but seeing him here day to day, he is probably the biggest guy I have ever come across,” Ford told The Rugby Paper.

“He is already contributing and adding to the environment and I am looking forward to playing with him.

“But you can’t just expect someone to come in and be a world beater (straight away), you have to help him out with the way you want to play and try and get him involved.”

Ford, who has signed a new deal at Tigers, has backed Eastmond, whose departure has been overshadowed by that of Tuilagi, to bounce back and write a new chapter in his career.

Asked if the former Bath and Wasps centre could still cut it at the top, Ford said: “One hundred per cent. When Kyle was training here for the first few weeks, he was looking very sharp.

“He has had a period where he’s been able to get on top of his body again. He’s definitely in a position where he can contribute somewhere else.

“I enjoyed playing with Kyle and will miss playing with him, we were very like-minded in the way we saw the game, but it’s happened now, and we’ll move on.”

Moving on is something Ford says he never seriously entertained, even though he admits contract negotiations could have been handled better from all sides as rumours of player unrest were played out in public.

“I think it was a very difficult situation, I honestly do. I think if the club look back, they’d probably say they’d learn a few things and do things slightly differently, and the players would say the same.

“We’ve all got to have an understanding that it is not just Leicester Tigers going through. It is probably every business in the world going through a process like this. It is an unknown situation; everyone is going to make mistakes and you can’t appease everyone in a situation like this.

“There were a few things along the way which us as a group of players felt weren’t the right way to go and we stood our ground a little bit. We had some good dialogue with the club, and we got to a situation where it could all get sorted.

“It wasn’t really in my mind about moving on, it just took a bit of time to get down to the nitty-gritty of stuff.”

Having been surprisingly left out of the 2017 Lions squad, Ford says it’s his burning ambition to make next year’s trip to South Africa.

Three years ago, the playmaker helped England to the Six Nations title but found himself surplus to requirements – along with other stars of that campaign such as Jonathan Joseph and Chris Robshaw – for the tour to New Zealand.

Now he has 12 months of almost continuous rugby to win over Lions head coach Warren Gatland, the man who snubbed him last time around.

“It’s a while away but obviously anyone would have a desire to go and do that, of course they would,” he said.

“But, for me, to have an opportunity to get there, you’ve got to play well for Leicester, you’ve then got to try and get into the England squad again which is an unbelievable squad to be a part of.

“The competition for places for that squad is enormous already so you have to be at the top of your game at club level to try and even get to play for England and whatever happens after that will happen.”

An avid watcher of rugby outside of his own commitments, the magnitude of the Lions is not lost on Ford who, at 27, is in his prime years.

“You know when it’s the biggest stage. I experienced that in Japan. To be involved in a World Cup like that was absolutely unbelievable, and as a player I strive to be involved in situations like that as much as possible.”

Eddie Jones’ “horses for courses” selection policy has cost Ford his place in England’s starting line-up at various points in his career and may hinder his Lions chances.

The 69-cap international was dropped to the bench during the World Cup to allow Owen Farrell to play 10 but came back for the magnificent semi-final win against New Zealand as Jones reverted to twin playmakers.

“Whatever my role is, whether I am in the squad, out of the squad, or whatever it is, I will just try and do as much as I can to be the best player and team-mate I can be, and to try to make the team win whichever team I am playing in.”

Ford, who has worked hard on his left and right foot kicking in lockdown as well as his athleticism and speed, added: “I just want to continue to get better and play as well as I can.”