Harry Mallinder aims to be England’s next Northampton Saint 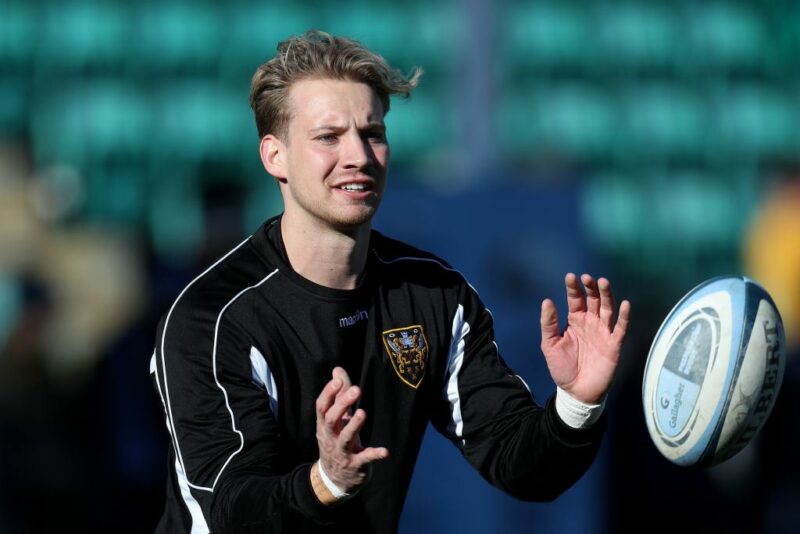 After a 15-month injury lay-off which left him fearing for his career, dashing Northampton full-back Harry Mallinder is ready to hit the heights and fulfil his England dream.

Denied a shot at World Cup selection after rupturing an ACL in October 2018, Mallinder’s recovery has taken a heavy toll as he has watched Saints teammates Lewis Ludlam and George Furbank surge into Red Rose contention before impressing on the big stage.

However, five games into his comeback and with his man-of-the-match display against Saracens behind him, Mallinder told The Rugby Paper: “I’m unbelievably excited to be playing again because I had such a long time away and it was such a challenging period.

“When you have the game taken away from you and realise the extent of how long the injury could be, it’s extremely hard. You have that initial time when there’s uncertainty – then you find out, but it never really hits home how long it could be or the challenges you face.

“I had a few complications and setbacks which meant it took even longer and there were dark times. I’d wake up and couldn’t walk properly. The physios were trying to tell me to do this or that but I just couldn’t do it at times and you wonder if you’ll get through.

Happily, Mallinder fought through and, boosted by his work for the Northampton Saints Foundation, in which he has become a figurehead of the club’s community team, recent performances suggest he is nearing his best again and can go on to challenge for an England place.

He explained: “I’m actually grateful now for the experiences of having the support network around me at Saints.

“During my lay-off I wanted to do something that gave me as much satisfaction as my rugby and working for the Saints Foundation has been a brilliant experience.

“To see the effect that has on people less fortunate than myself has been amazing and making my comeback against Benetton a few weeks ago was pretty emotional.

“I think I’m on my way back to where I should be now. I’m feeling more comfortable with every game and I’m playing alright. I just want to focus every week now.”

As for following flanker Ludlam and full-back Furbank into the England set-up, Mallinder adds: “They’re my mates and what made it harder last year was watching them getting their chances at Saints but knowing I couldn’t be there with them. I just wanted to be back out there with them and enjoying myself – and having that now is incredible and is something I’m going to relish.

“I still have goals, they’re in the back of my head, but I probably don’t shout about it as much now. I want to play for England at some point in my career but when the injury came that was taken away from me. Now, it’s about enjoying my rugby for Northampton, good result or bad, playing consistently well and, hopefully, things will go for me from there.”