TEAMS: It helps having Lions in the squad, says Eddie Jones 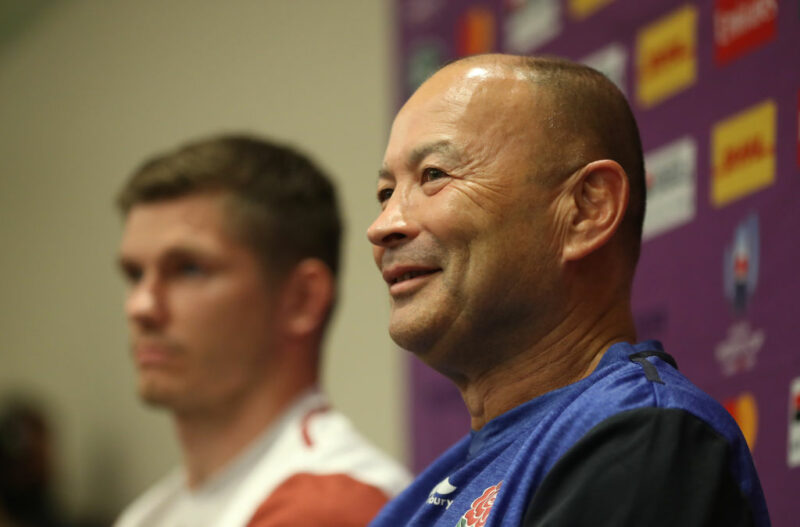 England head coach Eddie Jones has named 13 British & Irish Lions in his squad to face the All Blacks in the World Cup semi-final on Saturday.

It is their experience on the 2017 tour of New Zealand, when the series was drawn 1-1, which Jones believes won’t ‘faze them’ as they prepare to stare down the Haka in Yokohama.

Jones’ biggest call in selection has seen George Ford return to the starting line-up, as Owen Farrell shifts over to inside centre.

The Leicester Tigers fly-half came off the bench in the 40-16 win over Australia last week, and his return to mix in just one of the talking points from tactical moves made by Jones and counterpart Steve Hansen.

Ford’s inclusion costs Henry Slade his place among the starters, as he drops to the bench and Manu Tuilagi dons the no.13 shirt.

Courtney Lawes remains the preferred partner for Maro Itoje in the second row, with George Kruis entrusted with making an impact as a replacement.

All Blacks coach Hansen has caused a stir by dropping vice-captain Sam Cane in favour of Scott Barrett to play on the blindside flank, meaning Ardie Savea shifts over to wear 7.

The inclusion of Barrett, predominantly a lock, reveals Hansen’s hand in aiming to dominate England at the lineout.

Jones said: “Preparation has been good this week after a solid win against Australia. When you get to this stage of the World Cup it is all about focusing on being in the moment and getting yourself physically right.

“The squad has approached the game well with real maturity. It has helped having players here who have been on the Lions tour and played against New Zealand. They have been involved in some of the biggest games in world rugby so this semi-final won’t faze them.

“New Zealand is a great team, they have an impressive winning record since the last Rugby World Cup. Like any good team, you have got to take away time and space from them you have to find areas you can pressure them. We believe we have identified a number of areas where we can do that.”