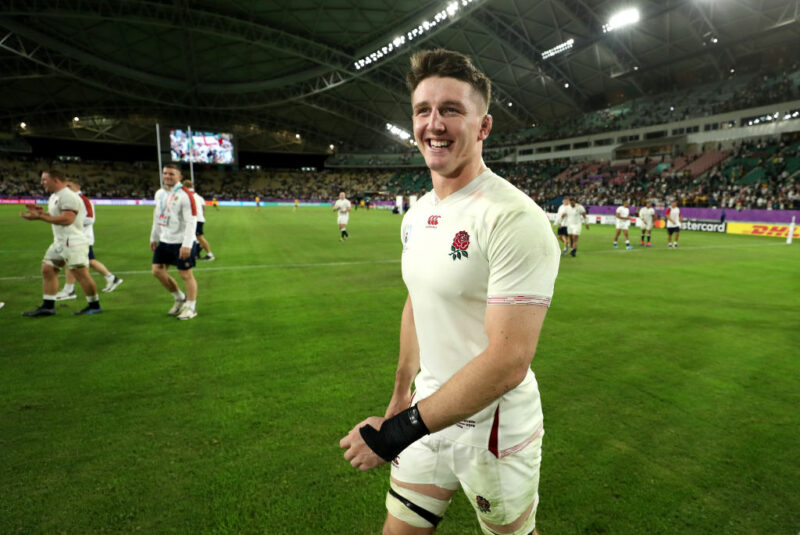 TOM Curry hailed the impact of England legend Richard Hill after his starring role in the World Cup quarter-final demolition of Australia.

The Sale ace produced a stand-out, man-of-the-match display against the Wallabies and his back row combination with Sam Underhill proved crucial in Eddie Jones’ side’s success.

Two tries from wing Jonny May on his 50th cap and efforts from Kyle Sinckler and Anthony Watson did the damage for England with captain Owen Farrell kicking a perfect 20 points.

Curry said: “I thought the relationship I have with Sam grew throughout the game. Michael Hooper and David Pocock have set the standard in the back row for so long.

“Richard has been hugely instrumental on me and my brother since I was 15 when he used to come to my school. He was there for five or six years on and off.

“This is easily one of the best nights of my career, but now we have got another game to prepare for.”

Hill is best known for helping England to win the 2003 World Cup – beating Australia in the final – and Curry and Eddie Jones’ class of 2019 are now just 160 minutes away from repeating that feat.

England’s power and clinical nature in the 22 – combined with some ferocious defence early in the second half – saw them come out on top.

They will now play New Zealand in a mouth-watering last-four clash in Yokohama on Saturday.

“The boys were calm under the posts early in the second half,” said Farrell. “We felt completely in control and we had clear messages about what we were going to do next.

“We’ll make sure we rest and go into the semi-finals now feeling good. This was a good performance, but we don’t feel we’re at our best yet.

Farrell delivered a superb pass for Sinckler’s try and proved any of those who had doubted his selection at fly-half over George Ford wrong. He was also faultless from the kicking tee.

“I missed a few in the last game, but we had a good and long preparation going into this game. Now the work starts again when we begin training next week,” Farrell said.

Australia were outclassed despite a try from Marika Koroibete after he skinned Elliot Daly. Christian Lealiifano kicked a conversion and three penalties, but England withstood their brief fightback.

“The lads ripped into that and we managed to get some points back straight away,” said Farrell.