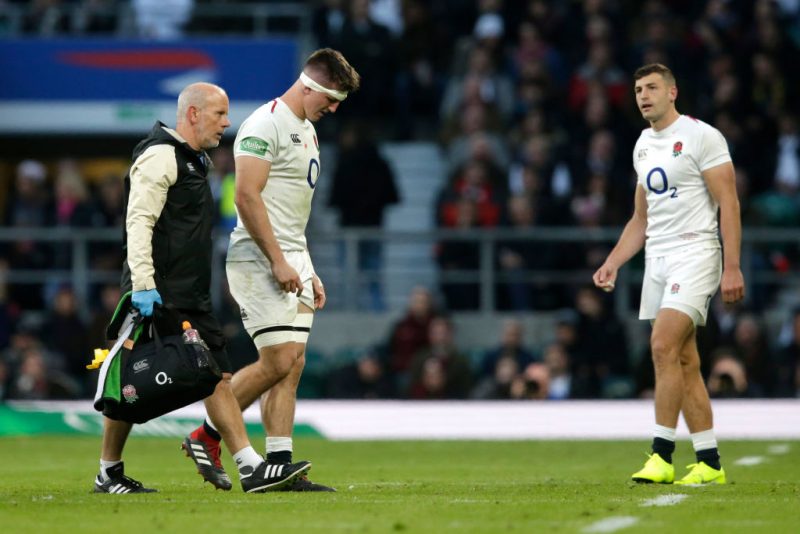 England head coach Eddie Jones has thrown into doubt the likelihood of Tom Curry being available for Saturday’s match against New Zealand.

Jones confirmed the openside flanker was ‘highly unlikely’ to be fit for the Twickenham showdown after limping off injured in the 12-11 victory over South Africa at the weekend.

“It is highly unlikely,” Jones told Sky Sports. “He is going for an examination now and the news probably is not going to be too good. It gives an opportunity for someone else to play No 7.

“We have got Sam Underhill or Mark Wilson that can play No 7 and there is an opportunity for [Zach] Mercer to play No 8.”

Jones revealed the return of Courtney Lawes (back) looks promising after resuming light training in recent days. The Northampton Saints lock will be given the green light to be a full participant in training this week.

“He (Lawes) did some running yesterday and looks in pretty good nick. He will fully train on Tuesday.”

“Maro Itoje and George Kruis were both outstanding on the weekend. But there is always the opportunity to play Maro at No 6 and for Courtney to come in so it gives us some good options there.”

England have beaten the All Blacks five times in 24 outings on home soil, New Zealand 18 and one draw.