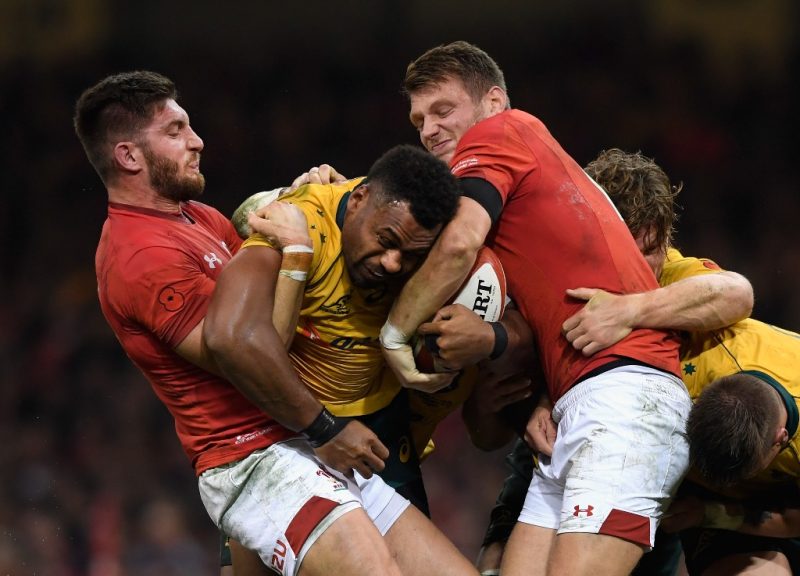 Owen Farrell will go head-to-head with the power of Samu Kerevi when England clash with Australia this weekend at Twickenham.

Wallabies head coach Michael Cheika has stuck to his guns in selecting the Queensland Reds centre as opposed to the flair option of league convert Karmichael Hunt.

Hunt had held the 12 jersey during the summer Tests until he suffered an ankle injury which saw Kerevi win favour to feature in the Rugby Championship.

And with Kurtley Beale shifting to full-back in stead of on-sabbatical Israel Folau, Kerevi links up with Tevita Kuridrani in Australia’s midfield after helping the team maintain their winning streak in Cardiff last week.

Wallabies assistant head coach Stephen Larkham praised Kerevi’s improvement in defence as the reason why he had been given the nod over his Reds team-mate.

“Samu also had a really good game defensively. He stepped up,” Larkham said.

“It’s been an area of his game he’s tried to work on and found his feet in the second half with his carries as well.”

With Cheika and Jones both desperate to win, the former had been left to sweat over the fitness of lock pairing Adam Coleman and Rob Simmons. But Coleman has been included after injuring his thumb in the Wales game and will compete in the line-out against Joe Launchbury.