Don’t call it a comeback: Four of the best Rugby comebacks 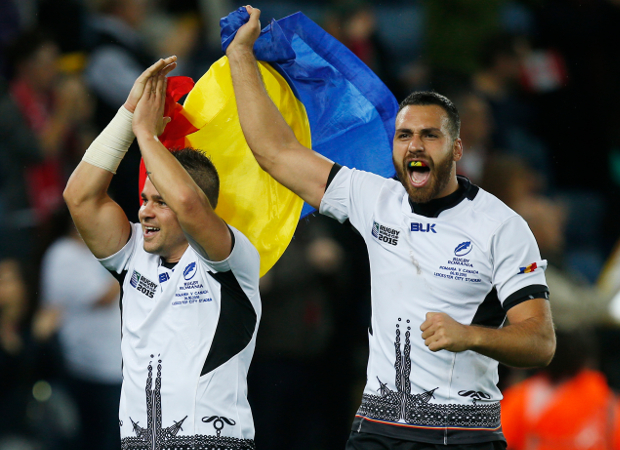 We all love a comeback victory. There is no better pleasure in sport than coming from behind to cause a massive upset.

Following on from Barcelona’s unbelievable comeback victory against PSG, turning over a 4-goal deficit from the first leg to win 6-5 on aggregate, the guys at Bethut have had a look at the best comebacks witnessed in Rugby over the years. For the best UK betting tips be sure to check them out.

In no particular order, here are 4 of the greatest ever comebacks.

In 2015, Romania managed to produce the biggest comeback in World Cup history. Canada led the way for the majority of the game and at 28 minutes from time, it was 15-0.

Canada looked like sure winners but thanks to two late tries from Mihai Macovei and a penalty from Florin Vlaicu’s, Romania managed to overturn the 15-point margin to win 17-15.

Thanks to their slip up, it was the first-time Canada lost all four of their group matches at a World Cup.

If you throw it way back to 1999 you may remember Twickenham’s World Cup semi-final which ended France 43-31 New Zealand.

Though, it wasn’t as simple it looked for Les Bleus. The All Blacks led 24-10 after 44 minutes and though not a huge lead if you consider some of rugby union’s greatest comebacks, that 14-point deficit seemed like more than enough to see the All Blacks through to the final.

After a burst in energy and determination, Christophe Lamison managed to execute an awe-inspiring performance to help his country retail 26 points in just 13 minutes.

For fans and those with bets on New Zealand to win, it must have been absolutely heart-breaking.

Whilst we’re discussing the All Blacks, they recently topped a list of the biggest chokers in sport, though going by PSG’s form, they may have some competition.

The 1999 semi-final was just the start of New Zealand’s “bottling”. The two countries met again in 2007, with Les Blues sending the All Blacks packing from the World Cup quarterfinals.

New Zealand topped their group winning all four games with 305 points behind them, no other team in the competition came close to rivalling such attacking prowess.

However, they failed to be consistent and were beaten 20-18 by France.

Fast-forward four years and it’s the Six Nations of 2010. Scotland are leading by some ten points and it’s three minutes from time. The game is surely won for the Scots now and there’s no way Wales could overturn such a margin such a short space of time, right?

Wrong…Leigh Halfpenny sprinted down the wing and touched down between the posts in the 77th minute before Stephen Jones converted.

That kick-started an unbelievable comeback and 90 seconds into the final play, Shane Williams dove under the posts to score the match-winning try and send his coaches, fans and teammates into euphoria.

Admittedly, you’re probably unfamiliar with either of these teams. They were competing in the South African Varsity Cup back in 2014 and just five minutes from time, NWU-Pukke were leading 33-15.

The game was pretty much dead and buried but the Tigers managed to spring a massive surprise by scoring three tries in quick succession.

And the winning try was mesmerising, a brilliant side step and delightful flick pass kick-started the move and ended the match in some fashion.