Posted on 25th December 2015 by Nick Verdier in Young Gun 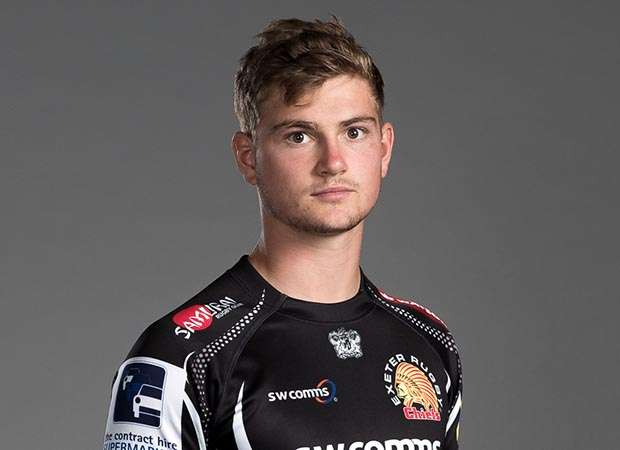 As an 18-year-old scrum-half fresh out of school, Jack Maunder is not the biggest but he has been making huge waves already this season and he is looking to kick on in the New Year with the Junior World Cup in mind.

The young Chief, who stands 5ft 10in and tips the scale at a mere 80 kilograms (12.5 stone), has had to get used to men’s rugby fast since leaving Blundell’s this summer.

But rather than throwing him in at the deep end in the Premiership Rob Baxter has sent him to Redruth on dual-registration to learn his trade and Maunder is very much enjoying it.

“There are a lot of big guys running at me in National League Two, he told The Rugby Paper. “The difference between schools rugby and senior level is huge and it took me a while to get used to it as a scrum-half.

“I’m loving my time at Redruth and it’s the perfect place for me to get used to playing at senior level.

“The youth development system is great down in the South West with all the clubs working towards the same target which is to give young players game time and help them progress through the different leagues.

“I was involved in the pre-season game the Chiefs won against Bath at Sandy Park which was amazing and I have played in the A-League already too. I hope I can get more game time there while breaking into the U20s squad for the Six Nations and the World Cup.

“Jamie Shillcock and Alex Mitchell, who are also a year young, are in the squad with me so it promises to be an intense battle for the No.9 shirt. It’d be great to make the World Cup squad as it’ll be nice to play in front of my friends and family in Manchester.”

Highly-rated for many years now, Maunder has a lot to live up to with his father Andrew captaining the Chiefs for a decade in the 1990’s.

It would have been easy for him to expect to walk his way into the Chiefs first team but he is fully aware of the challenge ahead and remains grounded.

He said: “You’ve got to understand your position when you move up to the senior team. It won’t be as easy for me as school might have been but it’s good to be able to see the standards I need to be at every day at training.

“Haydn Thomas has been brilliant, helping me out a lot. I try to learn off him every day and I hope it’ll pay off.

“I’m often reminded by the older fans at the club that my dad is a Chiefs’ legend which makes me very proud. We’re quite similar in the way we play so I can only hope I’ll be able to have the same career as him.”