Posted on 11th November 2015 by Nick Verdier in 20 Questions 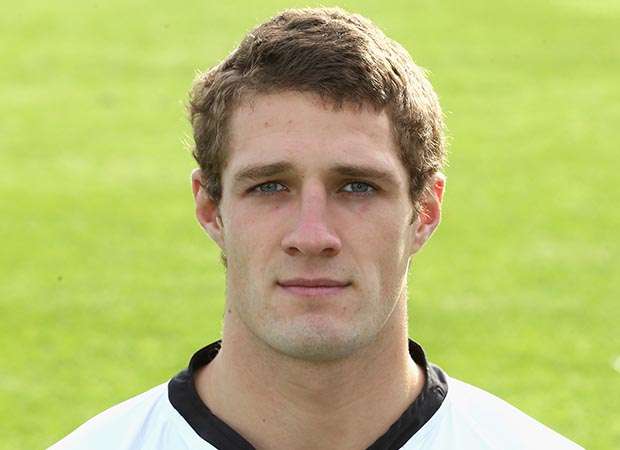 It was nice to have a couple of days off after the game against Moseley last Sunday. We’ve got this weekend off, too, which will allow us to spend some time with the family.

What a start to the season for Carnegie!

Yes. Winning six of our first eight games is a good start but we’re still very frustrated about our performances.

Even after scoring 52 points against Moseley?

We butchered six or seven chances and that’s annoying. I myself wasted two or three opportunities. We’ve got to get better at finishing the things we create.

Surely the club is in a good place, right?

We are if you look where we are in the table but we’ve come away from every single game not being happy about how we played and that’s quite fair I think. We expect more from ourselves.

What do you put your good start down to?

We’ve got a great squad and we believe in our abilities. The recruitment has been very good this summer and the new boys have fitted in seamlessly. We didn’t need time to adapt and that’s probably why we’ve started the season so well.

What impact has Bryan Redpath had?

His experience at the top level has been huge for us. He’s brought some stability to the club, too, as we had three or four coaches last season.

Where are you looking to improve?

A lot of the mistakes come from individual errors. We’re creating chances but our execution is letting us down. We’re working a lot on our team patterns in attack and defence to make sure every player in the squad knows what they’re doing.

Can you go all the way and win promotion?

Of course. I’m not a big fan of the play-offs system but I think we have the personnel to go up. I’m not saying we will or we won’t but we believe we can do it.

Is it hard to focus on every game when you know it’ll come down to four games at the end?

It can be annoying to think about those four games but we’ve got to make sure we’re actually getting to the play-offs by picking up as many points as we can.

What about Bedford next week?

We’ll start analysing them tomorrow and we’ll see how we can get on top of them. But the focus will remain on ourselves and improving from our recent performances.

Came through the Wasps academy?

My minis club is actually London Scottish but I left when I was 16 to only play for my school, St Benedict’s in Ealing. During my last year there, Wasps spotted me and offered me a contract.

How was settling into men’s rugby?

It was a long journey. I played for various clubs on loan like Rosslyn Park, Henley, London Scottish and London Welsh. I played at scrum-half, too, which wasn’t easy to adapt from one position to another.

When did you focus solely on playing on the wing?

In 2013, Lyn Jones, who was coaching at London Welsh, suggested I should stick to the wing and the coaches at Wasps agreed to it.

How did the move to Leeds come about?

I arrived on loan three years ago as a winger. I went from not playing much down South to playing a full season up here. So I decided to stay on a permanent deal. I haven’t looked back since.

Very grateful to the club then?

Definitely. I’m really enjoying myself at the club and I’d love to help them get back to the Premiership.

I cheat pretty much every day to be honest but if I had to pick only one it would be a curry.

If not rugby, what would you be doing?

I would have loved to be a doctor and I’m just about to finish my biomechanical degree so I’m hoping I can still do it after rugby.

Best and worst banter at Carnegie?

Best has got to be Kevin Sinfield who’s been around the squad already and he’s quite good. But Jack Walker is the worst.

Bad day for Jack as I’m giving him the worst again but best is Matt Smith.