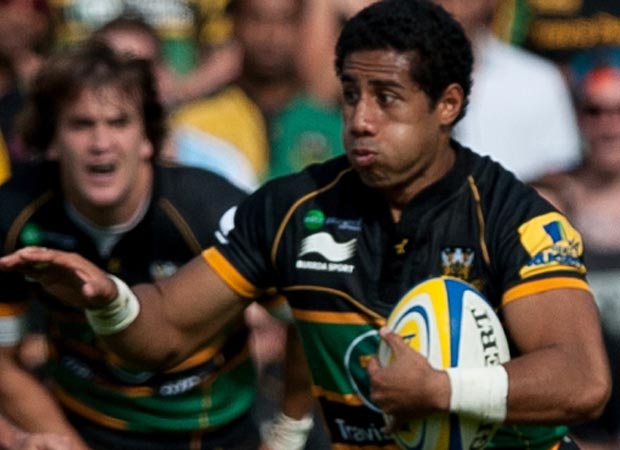 Enjoyable to see Northampton at the top of the Premiership?
Yes it is. There’s a great bunch of boys at the club and we’re all on the same page. There’s a long way to go so who knows what will happen but all we want is to make it back-to-back titles.
What about Europe and that trip to Clermont in the quarter-finals?
It’s going to be a tough one but we’re looking forward to it. We’ll be underdogs but we’ll give it a good crack and see what happens. We’re not thinking about it right now though. Our focus is on the Premiership at the moment but it’ll come soon enough.
Was that defeat at home to Racing Metro tough to take?
We’re not too bothered about it. Things happen sometimes and we’ve just got to get on with it. We might have to go to Clermont but we’re still in the running to win the Champions Cup and that’s the most important thing.
Personally you’ve been going well this season?
It’s my third year here and I’m enjoying my rugby at the moment. I’ve worked hard to make sure I’m improving as a player and it seems to be going well.
Enjoying the English winter?
Ha no I wouldn’t say that! I’m barely making it through but hopefully it won’t last much longer. Spring is around the corner and my smile is getting bigger already.
When did you start playing rugby?
I was five back in New Zealand.
Ended up playing for the Baby Blacks, didn’t you?
Yes it was an amazing experience. We won the 2009 Junior World Championships in Japan. Courtney Lawes and Calum Clark played for England in the final so I sometimes remind them of that.
Why decide to play Test rugby for Samoa then?
My parents were raised in Samoa and I wanted to play with my brothers, George and Tusi. So I tried my luck with them and fortunately it paid off.
Must be looking forward to the World Cup?
Definitely! It’ll be huge for us as a family to represent Samoa at a World Cup. Hopefully we can all be on the pitch at the same time. Tusi at fly-half, George at outside centre and me on the wing.
Who’s the best out of you three?
George would say it’s him but I wouldn’t agree. We’ve all got different strengths so it’s hard to say who the best is really.
Does George play the big brother card at Northampton often?
On the field, yes, but he’s pretty immature off the field and a bit of a clown so I’ve got to keep him in check quite often!
Made a name for yourself on the Sevens circuit, fancy a crack at the Olympics?
Sevens was awesome. It helped me improve my basics and I saw the benefits in my 15s game. I wouldn’t mind putting my hand up to go to the Olympics and win a medal for Samoa. It’d be a great achievement.
How do you chill out?
Just at home watching TV on the sofa.
Do you cook?
I’m not too bad. Corn beef with cabbage and carrots is my speciality. A traditional Samoan dish.
If not rugby, what would you be doing?
I’ve always enjoyed teaching and sport so I’d probably be a PE teacher.
If you could have three special dinner guests?
Michael Jordan because I grew up watching him and he was an amazing athlete. Chris Brown so he can  teach me some dance moves. My wife would complete the table well.
Best and worst dancer at Saints?
Samu Manoa has got some good moves but our prop Salesi Ma’afu is by far the worst.
Who’s the funniest?
Lee Dickson is a bit of a loud mouth but he’s pretty funny. No one is that bad – they all have some good chat.
Best and worst dressed?
James Wilson is the best but my brother George is the worst – no question about it. He always wears chinos that don’t fit him with flip flops. It doesn’t really go.
One final word?
Take it easy!