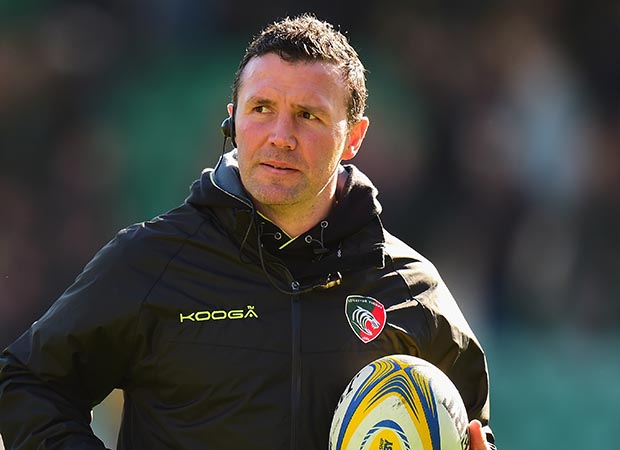 Leicester chief executive Simon Cohen has defended the sackings of Richard Cockerill and Aaron Mauger, claiming both decisions were “robust” and revealing that players had a say in changes that led to Matt O’Connor’s reappointment as head coach.
Cohen and other members of the Tigers board have been subjected to vitriolic abuse from fans following Mauger’s dismissal, which was announced in the aftermath of last month’s morale-boosting Anglo-Welsh Cup final triumph over Exeter.
However, Cohen has come out fighting, telling The Rugby Paper: “Criticism comes with the job but our process has been very robust, very logical.
“Some clubs have an owner who makes decisions, others have boards with little or no rugby experience; but we have a board of very bright people, some with considerable rugby experience like Ben Kay and Rory Underwood.
“Nothing has been knee-jerk and no one result broke the camel’s back. The process lasted several months, we took extensive soundings from players and coaches who knew Richard and Aaron, both within and outwith the club, and solid research formed our board’s final conclusions.”
On Leicester’s decision to reappoint O’Connor after a four-year absence, Cohen explained: “We appointed an external agency and there were two major criteria: we wanted somebody who had run a team before and won a significant trophy; and the person in charge of Leicester also had to have had significant Premiership experience.
“There are very few candidates to tick all those boxes, but Matt is one who does and there are a lot of players who were here when he was last here and were very supportive of our decision to bring him back.”
O’Connor, who helped lead Tigers to their last Premiership title in 2013, will conduct a review of his coaching team but Cohen expects long-serving former full-back Geordan Murphy to continue as backs coach, along with others who have impressed.
Cohen said: “There is a hope that the club will be able to achieve the stability we need and Geordan is integral to everything we do. He’s hugely respected, both by the board and players, and he’s a young coach who’s still learning his trade.
“Matt O’Connor will be a great person for Geordan to learn off and, while Matt will review the coaching team, if you look (scrum coach) Boris Stankovich, he’s done an outstanding job and we’d like to retain his services too.
“Anthony Allen is still primarily within the academy and Brett Deacon (defence) has done more with the first team, which we’d like to continue, while Richard Blaze (forwards) has done a very good job subsequent to Richard Cockerill leaving.”
Cohen does not expect a major influx of players after the addition of George Ford, adding: “Our salary cap is pretty much spent for next season and Matt is confident he can achieve success. If everybody is fit, we believe our squad is as good as anyone’s in the Premiership.”
NEALE HARVEY