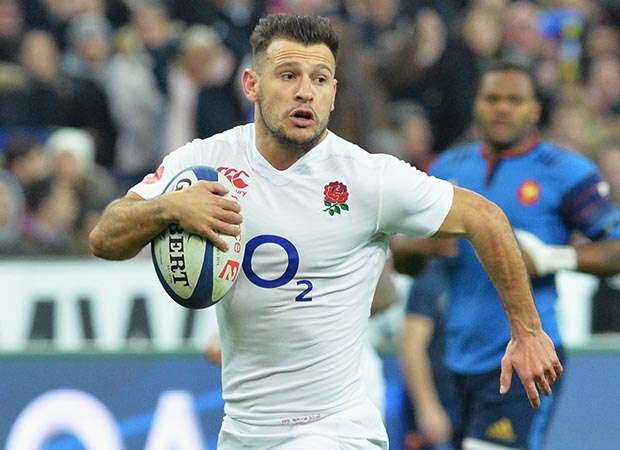 Danny Care is hoping to make it third time lucky as he targets a place on the British and Irish Lions tour to New Zealand at the end of what could be a momentous season for the Harlequins captain.
Besides leading one of the most famous clubs in the world in their 150th season, Care is battling with Ben Youngs for the England No.9 jersey in the four autumn Tests with South Africa, Argentina, Fiji and Australia.
England, who are unbeaten in nine matches under head coach Eddie Jones, then defend their Grand Slam in the Six Nations championship before Warren Gatland names his Lions squad for the daunting 10-match tour of New Zealand.
Care, 29, has won 62 England caps while Youngs, 27, has appeared 61 times for his country and in two Lions Tests in Australia in 2013 when he was up against Ireland’s Conor Murray and Mike Phillips of Wales.
Murray and Youngs will be favourites to tour again with Rhys Webb and Gareth Davies of Wales and Scotland’s Greig Laidlaw among those battling with Care to make the squad.
Care told The Rugby Paper: “For the last couple of Lions tours I was told I was close, but didn’t quite make the plane. You have to earn the right to play for your country and we all know that there is a Lions tour to New Zealand at the end of the season. If your club and country go well then you are in the frame.
“This is a massive season for Quins celebrating our 150th year and playing well for the club is the bread and butter for me.
“Everyone will be raising their levels because of the Lions tour around the corner. There will be a lot of players aiming for that and the higher you go, the bigger the occasion and it is an honour to run out in front of 80,000 people representing your country.
“I want to do it as many times as I can and this is a huge year.”
Being part of an England team that has risen to No.2 in the world rankings will be important for Care who knows that the Wasps pair of Dan Robson and Joe Simpson are breathing down his neck in the elite squad.
Fighting for the England No.9 jersey is nothing new for Care and he said: “The memories with England, winning a Grand Slam and then beating Australia 3-0 will never be forgotten and it is great to be involved in this great period for English rugby.
“However, we want to get to that next level and win every game in the autumn Test series. That is Eddie Jones’s target – to win all of the matches and playing at home we can make Twickenham a fortress again.
“It would be fantastic to keep this unbeaten run going. They are going to be incredibly tough matches, starting with South Africa but there are also very tough Premiership matches for Quins to deal with as well.
“I had a five-week break after the Australian tour and that was the longest ever. It was a busy summer because I got married and also fitted in a honeymoon, plus the 18-man stag-do in Ibiza!”
With Graham Rowntree, right, the Lions and England forwards coach, now looking after that role at Quins, the club are desperate to get back into top four contention and earning qualification to the European Champions Cup in this special season.
Rowntree will have a key role as Care explained: “Wig is a world class coach with a lot of experience and maybe, in recent years, we have lacked that ruthless, physical edge – all of us. It’s not just the forwards where we want to be dominant and we have the players to achieve that. All that was needed was the glue to hold it all together.
“It’s not just scrums and lineouts, he’s also working on restarts. We have exciting backs out wide and want to give them space to show what they can do and it starts up front with the forwards.”
CHRIS JONES