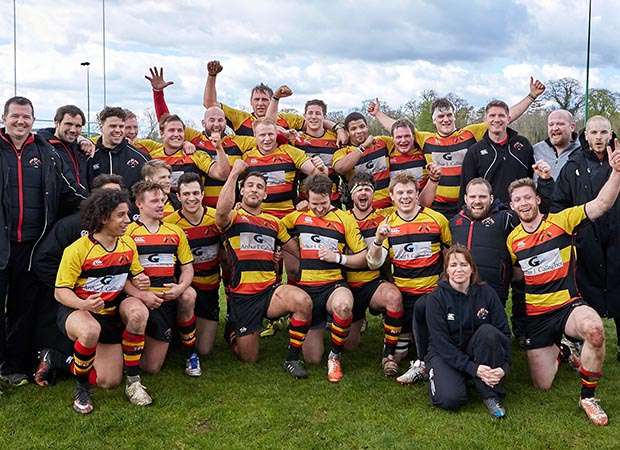 By NEALE HARVEY
Controversial RFU plans to impose swingeing wage caps on clubs below the Championship from 2018-19 are set to meet widespread opposition, particularly from ambitious National League One sides with designs on promotion to Level 2.
The Rugby Paper can reveal that an RFU working party, headed by board member Malcolm Wharton and including representatives from three lower league clubs, England & Wales Cricket, UK Athletics, financial experts Ernst & Young and former England hooker Brian Moore, has concluded that expenditure levels within the community game are unsustainable.
Implementation proposals presented last week to the Community Game Board include limiting gross player payments, including all employment costs and benefits in kind, to £150,000 per club in National One, £100,000 in National Two and £50,000 in National Three, with a complete cessation of payments to players in Level 6 and below.
Wage caps are unenforceable in law, but any club failing to adhere to the stringent new regulations will lose RFU funding in relation to travel and will be disqualified from applying for RFU loans or grants for ground maintenance and facilities projects.
Clubs will be required to declare payments to players at the end of each season signed by four club officials – treasurer, chairman, secretary and president. These will be strictly audited and any club found to have declared incorrectly will face unlimited sanctions ranging from points deductions to relegation or suspension from playing.
The RFU’s proposal document, seen by The Rugby Paper, states: “The RFU has determined that payments for playing rugby in the community game are having a detrimental effect on the ethos of the game and the development of some clubs.
“Consequently it believes that there should be no payments for playing at Level 6 and below, with a guideline range for paying players between Levels 3 and 5, and associated measures for those who choose to pay more than the guideline amounts and who choose to pay anything at Level 6 and below.”
Some community clubs will welcome the changes, but limiting wages to £150,000 in National One could compromise sides like Coventry, Birmingham Moseley and Plymouth Albion who have ambitions of rejoining the professional ranks.
One National League club insider said: “It’s crazy. If you’re top of National One you might need to spend £400,000 to get into the Championship and put a squad together that will actually have a chance of surviving once you get there.
“Salary caps at our level won’t work and you’re effectively punishing teams for showing ambition. The bureaucracy will be a logistical nightmare and in the lower leagues you’ll be back to the days of brown envelopes.”
The RFU proposals are set be agreed in principle by Council next month, with final approval expected in April 2017. Communication with clubs is planned to take place during 2017-18 ahead of implementation the following season.