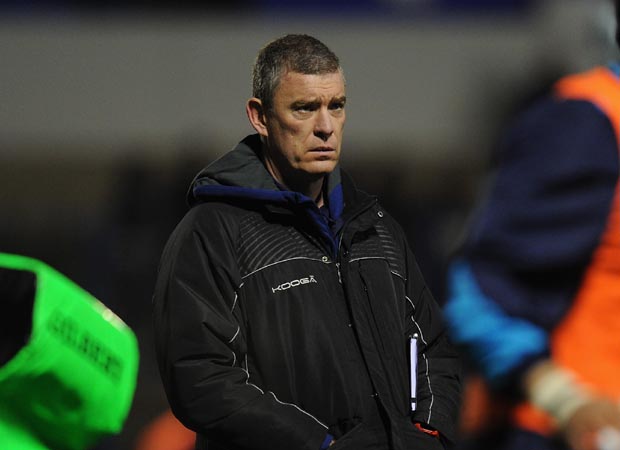 Dean Ryan has cast admiring eyes at the Exeter Chiefs blueprint as his Worcester side look to kick on after securing Premiership survival in the crucial first season following promotion.
Exeter head coach Rob Baxter could well write the manual after guiding the Chiefs from Championship winners to Premiership title-chasers in five years.
And Ryan would love nothing better than to emulate the way the Devon club have improved year on year.
Ryan told TRP: “I think he’s done a great job being able to evolve with that feeling that it still is Exeter. I’ve always been an admirer but there’s not many Championship players in that team any more.”
Baxter has done it with a mix of academy graduates led by Jack Nowell, Henry Slade, Luke Cowan-Dickie and Dave Ewers, and astute signings like try-machine Thomas Waldrom, Geoff Parling and Julian Salvi.
“He’s done a decent job of evolving from that group and he’s got an outstanding academy,” said Ryan. “The group coming through gave him that extra boost.”
London Irish’s defeat by Sale last weekend sealed Worcester’s continued place at English rugby’s top table on a day that the Warriors’ four-match winning run ended as they crashed 50-12 at Exeter in a match Ryan described as “a game too far” for his injury-depleted squad.
But the Worcester boss insisted: “I don’t think it’s ever been about being safe.
“We always knew with a season like this, off the back of a World Cup, a squad like ourselves was going to have to go to the wire. Full credit to them for winning five out of the last six in what’s probably the most difficult time for a club like us.
“To come up from the Championship and have the challenges we’ve faced in a World Cup season is different from anything else.
“We never Dean ad pre-Christmas internationals, we haven’t had LV weeks, we’ve had nothing. We’ve just had to roll every single week with a group that came out of the Championship.
“You get promoted in June so you can’t recruit in the window and we’ve been really fortunate to go and get Francois Hougaard. You can see the difference he makes but now that gives us the chance to go again and move on and that’s all we ask for – to take the next step.”
Ryan added: “We don’t want the season to just drift away.  We’ve things to do but we’re in to make sure we keep learning, keep moving. It’s not time for a holiday.
“We’re not at the end of the season and I’ve stressed a huge amount to this team that, irrespective of what you thought it was about, it wasn’t about relegation.
“It’s about seeing how far we can go – we’re one win off being in seventh place and that’s a huge credit to this group.”
MIKE SINCLAIR